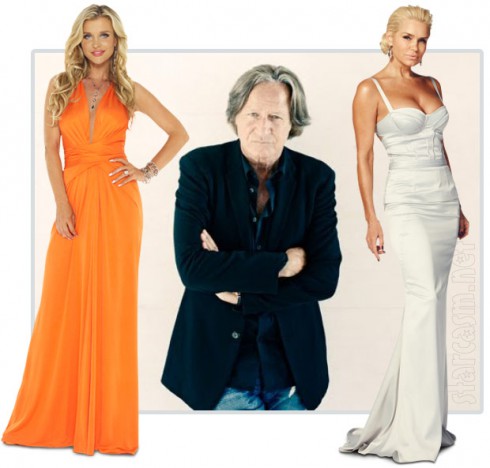 Talk about a Real Housewives crossover! Joanna Krupa may have made headlines over the holidays when she put an end to her relationship with fiance Romain Zago, but now, she’s back in the headlines for reportedly putting an end to the marriage of one of her Real Housewives counterparts — from another city! According to Joe Francis, Yolanda Foster caught Joanna in bed with her former husband, Mohamed Hadid, years ago, which led to the end of their marriage.

Joe tells Rumorfix that back in 2002, Mohamed spotted Joanna while driving down Los Angeles’s Sunset Boulevard in his Bentley. Mohamed pulled over and gave Joanna his number, even though he was married to Yolanda at the time. Soon after the two engaged in an affair for about a month.

Then, according to Francis, Yolanda caught her husband and Joanna together “and that was the end of their marriage.” Joe adds that Mohamed asked him “to take Joanna off my hands.” Joe explains, “Sometimes I would send a girl his way and he would send a girl my way.”

Shortly after getting the hand-off, Joe put Joanna in an infomercial for his company, Girls Gone Wild, and they began dating (which she denies), splitting 6 months later. Joe claims to have then dated Joanna’s sister Marta for a year and a half. As fans of The Real Housewives of Miami saw on the second season, Marta did admit to sleeping with him, although details of their relationship were never discussed.

A source close to Joanna denies claims of the affair with Mohamed, and Yolanda’s people had no comment.

If Mohamed Hadid looks familiar to Real Housewives fans, he is also a close friend of The Real Housewives of Beverly Hills star Lisa Vanderpump and has been seen often on the show hosting lavish affairs at his mansion. Let’s hope these “affairs” don’t also include the kind he allegedly had with Joanna!