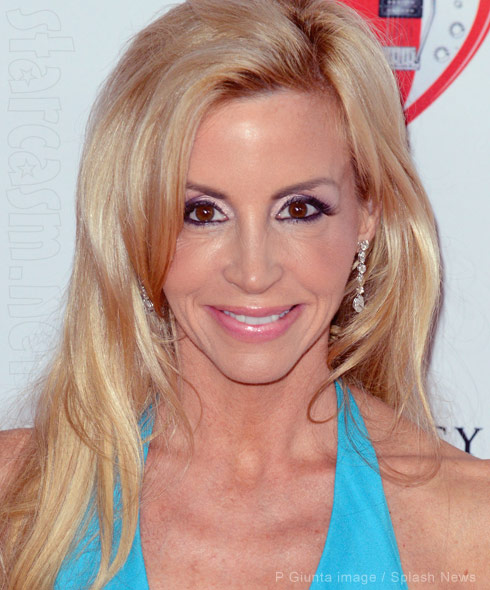 Former Real Housewives of Beverly Hills star (and Staracasm fave) Camille Grammer is currently recuperating after undergoing a radical hysterectomy on Friday. The 45-year-old reality star had the procedure done as a precautionary measure after being diagnosed with early stage endometrial cancer, according to her rep, Howard Bragman.

“She underwent a radical hysterectomy today,” Bragman revealed to People on Friday. “The surgery went well and she is expected to make a complete recovery following a significant recuperation period.”

Bragman revealed that the diagnosis was the result of Camille’s proactive health awareness. “[Camille] has been diligent about regular checkups and monitoring, which explains that early detection and rapid treatment,” he says, adding that Camille “was at elevated risk due to genetic issues.”

Camille was later asked on Twitter if she had BRCA testing and Camille revealed in her response, “yes, I tested positive a few years ago for the same genetic mutation that my mother has.”

Camille’s rep concluded his statement sharing her appreciation to her doctors and nurses and encouraging other women to be proactive with their health monitoring. “Ms. Grammer expresses gratitude to all the amazing health care professionals who have taken such loving and nurturing care of her. She urges all women to be aware of genetic factors relating to women’s cancers and get regular checkups.” 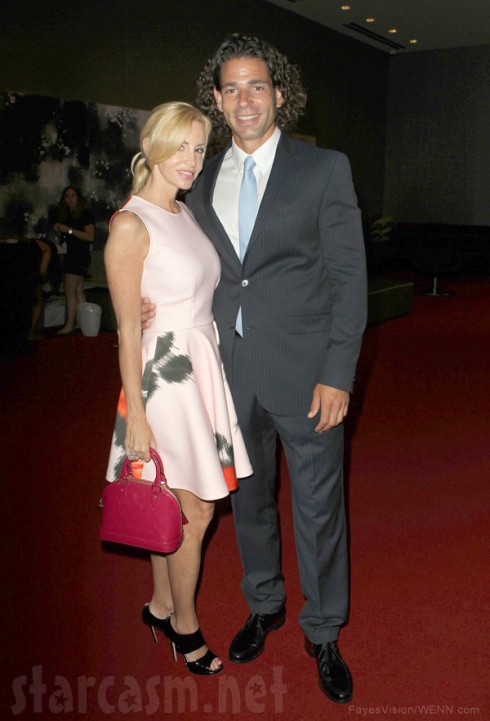 Aside from the recent surgery, Camille Grammer appears to be greatly enjoying her life post-RHOBH. The 45-year-old mother of two is still with her hunky Greek beau Dimitri Charalambopoulos. (The photo above is of the couple attending the GBK Productions Luxury Lounge during Emmys Weekend last month. )

The two just returned from a vacation to Greece, during which Camille shared this stunning photo of herself wearing a teeny tiny blue bikini in front of what I am told is some beautiful background scenery: 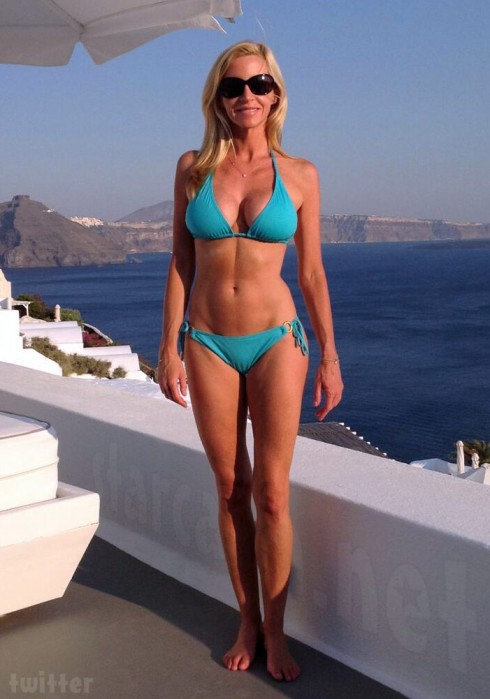 We wish Camille a speedy recovery, and would like to take this opportunity to say that although we are really looking forward to the new season of The Real Housewives of Beverly Hills premiering November 4 at 8/7c, in our opinion the show would always be better with at least a dash of Camille!