In March 2003, following months of molestation accusations against oldest son Josh Duggar, Jim Bob and Michelle Duggar decided to address the situation by sending Josh away for church-approved treatment. Although Jim Bob and Michelle were vague about what the program entailed while talking to police in 2006, People now reports Josh was at the Institute in Basic Life Principles Training Center in Little Rock, Arkansas. 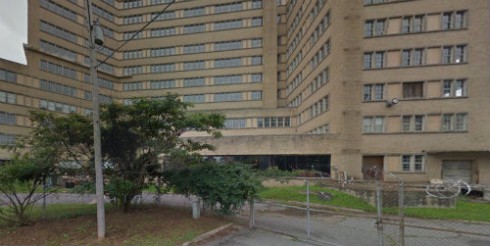 The IBLP Training Center in Little Rock in 2014.

The Duggars may have been hesitant to reveal that piece of information because the IBLP has its own set of controversies. Most notably, founder Bill Gothard stepped down from his position last year after he was accused of sexually harassing more than three dozen girls over the course of 40 years. Despite the accusations against Gothard, the Duggars continue to promote IBLP and ATI: in addition to Jim Bob and Michelle speaking at affiliated conferences in recent months, their four oldest daughters promoted the Journey to the Heart retreat in their 2014 book. The program begins at the IBLP headquarters in Illinois and takes the young women to the Northwoods Conference Center in Michigan where most of Gothard’s sexual misconduct allegedly occurred.

As for the treatment Josh received during his three months at the Training Center, the IBLP says its programs are designed to “strengthen individuals and families through sound Biblical teaching and character development opportunities and to demonstrate Christ’s love through serving.” Some clues about specific counseling Josh received during his time there may be found in an ATI course on “Lessons From Moral Failures in a Family.” According to People, that chapter in an ATI book suggests how a family should cope if “an older brother was guilty of sexually abusing younger ones in his family.” After first repenting, the offender should be asked to consider “What teaching could have been given to each child to resist evil?” and “What factors in the home contributed to immodesty and temptation?”

After three months at the training center, Josh returned to the family home. When his victims spoke to investigators three years later, they said the experience brought the family closer together and closer to God–although at least one of the young victims said she still didn’t entirely trust Josh. Now, a recirculating 2008 TLC clip shows Josh’s judgment may not have been entirely corrected.

“We chose Jana and John David–we thought why not, have a double date,” Josh said of the chaperones he and then-fiancee Anna picked for a movie outing. In the clip, which was posted on YouTube as “Josh Duggar Makes An Incest Joke,” he added, “We are from Arkansas, no?”

In the wake of last week’s revelations, TLC executives are reportedly weighing their options with regard to 19 Kids and Counting‘s future. TMZ reports “there is real talk about continuing without Josh,” particularly because producers believe the oldest daughters “have become the driving force.”