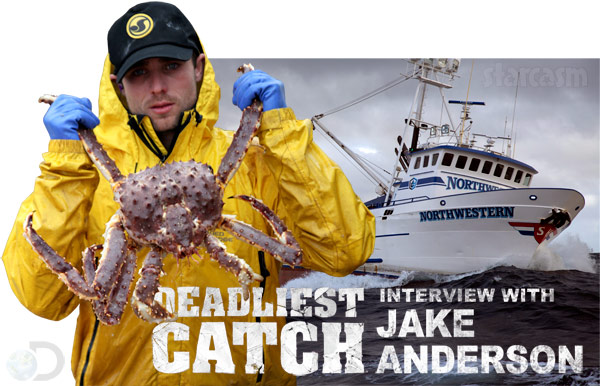 On the current season of Discovery’s award-winning reality series Deadliest Catch, the crews battled through a historically terrible Bering Sea storm, making what was already one of the most challenging and high-risk jobs on the planet even more so. But turbulent seas are nothing new for F/V Northwestern deckhand Jake Anderson, who has battled them both literally and figuratively through his many years. Once a talented skateboarder, an injury sent Jake down a dark road of addiction and homelessness before he eventually found himself on the deck of the F/V Northwestern — something that Jake credits with saving his life.

Although Jake’s difficult journey was far from over (he would suffer the untimely losses of his sister, father, and mentor, Phil Harris), finding a home aboard the Northwestern and a second mentor/father figure in Captain Sig Hansen has helped Jake turn his life around. Jake has since published a book, launched his own signature shoe, and married his wife Jenna Patterson, in a May 12, 2012 ceremony officiated by none other than Captain Hansen himself. 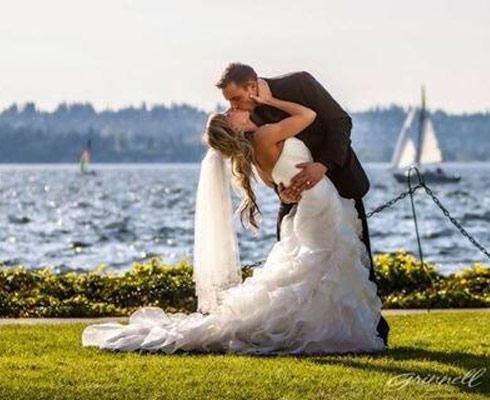 Now Jake is beginning perhaps his greatest adventure so far: fatherhood! He and wife Jenna (wedding photo above) recently welcomed their son, Aiden Benn Arthur Anderson — something fans will find out in tonight’s episode of Deadliest Catch, just in time for Father’s Day this Sunday.

Jake was kind enough to step away from being a greenhorn daddy (from pots to poop! Can you say Dadliest Catch?) and talk with us about his past, present, and future as he tries to balance fatherhood, fame, and work. 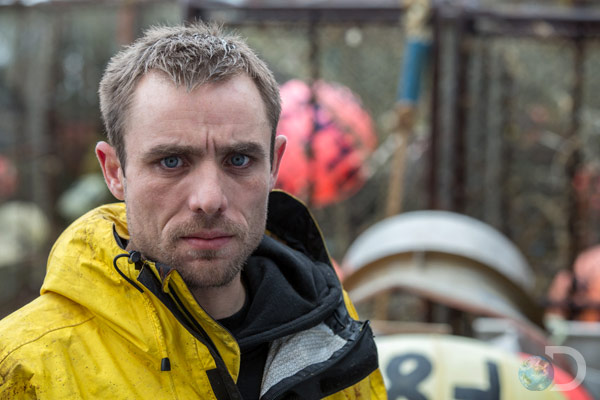 STARCASM: First off, congratulations on becoming a father! How is the dad life so far?

JAKE: Thanks! It’s the best thing that ever happened to me.

Have you received any fatherly advice from Sig Hansen — other than “Don’t f*** it up?” 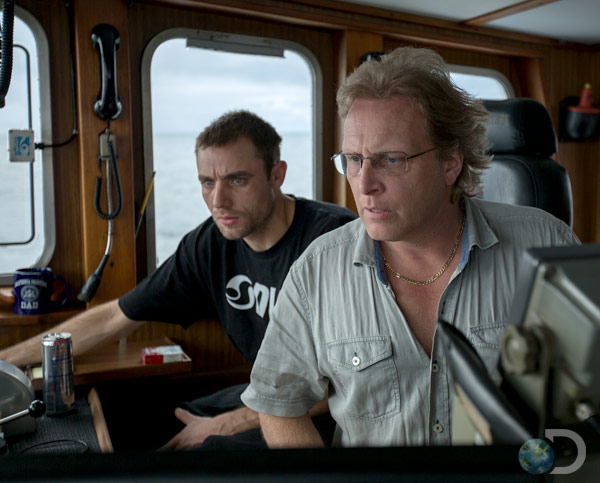 Being a fisherman requires that you leave home for extended periods of time — how are you and your wife preparing for that with a newborn child this time around? And how will being a dad change your mindset while on deck?

My wife and I are just preparing the best we can, this is a new experience for us, but we have lots of family support. I already hated leaving home to go fishing, now I really don’t want to leave. As far as changing my mindset, I can’t afford to take risks because I can’t afford to get hurt.

You’ve been very open about your struggles with addiction in the past, and on this season of Deadliest Catch viewers have watched the Saga’s captain Elliott Neese battling with his own addiction issues. Have you talked with Elliott at all, and What kind of advice would you (or did you) give him for getting his life back on track?

For Elliott, the best advice I could give him is in my actions of living a good and sober life, not through words of advice. Does that make sense?

Yes it does. Knowing what you know and having experienced all that you’ve experienced, will you encourage Aiden to be a Bering Sea crab fisherman?

I’ll support Aiden in whatever he wants to do, just like my father supported me in doing whatever I wanted to do. But no, I will not encourage him to be a Bering Sea crab fisherman.

Thanks so much for taking the time to talk to us Jake! We thought it might be fun to wrap this up with some random, fun, and easy-to-answer questions:

Your life seems perfect for a big screen adaptation. If they were to make a Jake Anderson movie, which actor would you like to see play you? [Our pick? Ryan Gosling!]

Ryan Gosling is awesome but I see myself being played by Jared Leto.

Which actor would you like to see play Sig Hansen? [Our pick? Gary Busey!]

Gary Busey all the way. 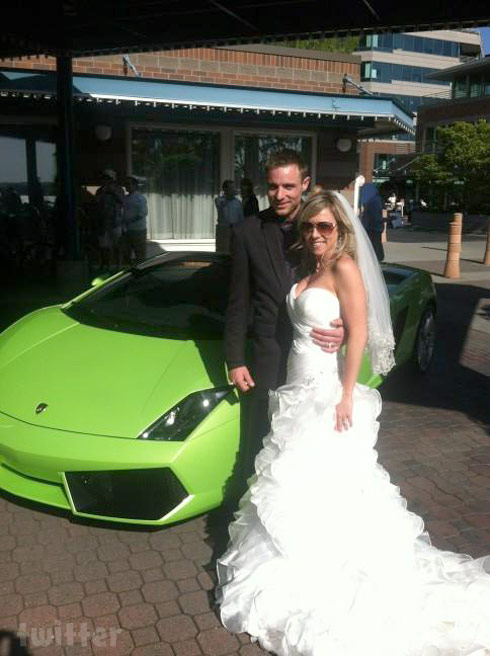 Was that your green Lamborghini in those wedding photos? If not, what kind of vehicle does Jake Anderson drive when he’s not tossing pots off the deck of the Northwestern?

Ya, then I woke up and drove my Escalade to work.

What’s the strangest thing you’ve ever seen turn up in a pot?

How many Celebrity Apprentice jokes will Sig Hansen hear next season?

How much crab do you guys eat while at sea?

Can you share one embarrassing thing about Sig that most folks wouldn’t know?

After all the scenes you’ve seen of us all waking up, Sig is the hardest to wake up.

Be sure to catch Jake and the rest of the Deadliest Catch crews in new episodes airing every Tuesday night at 9/8c on Discovery!

DEADLIEST CATCH What is a Bairdi tanner crab? How is it different than an opilio snow crab?