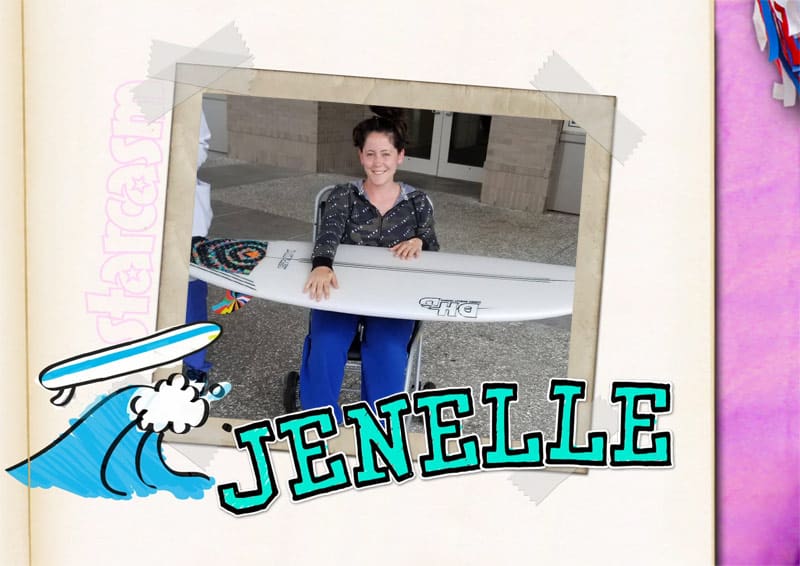 Teen Mom 2 star Jenelle Eason is recovering after being hospitalized over the weekend. The reality star posted videos from her hospital room after suggesting on Twitter and Facebook that she was having a tubal ligation. “And just like that her tubes were tied and she didn’t want anymore babies…” Jenelle wrote, along with an 👌🏼 OK emoji.

Jenelle’s rep later confirmed to Us Weekly that she did have her tubes tied. Actually, she reportedly had one tube tied and an ovary removed. The rep told the site that Jenelle had cysts on her ovaries and polyps on her uterus. Doctors removed her left ovary while the right fallopian tube was tied. The rep says that the polyps from Jenelle’s uterus were sent off to the lab for testing.

Jenelle has been complaining of stomach issues for a while now, including during the Teen Mom 2 Reunion taping in New York City last weekend. Her husband David Eason expressed his relief at finally getting a diagnosis for what was causing the discomfort on Instagram. The message accompanied a photo of Jenelle outside the hospital sitting in a wheelchair and holding a surfboard — which was David’s “get well soon gift” to her.

“Got my babe a get well soon gift to encourage her to get back on her feet!” David wrote. “It sucks you had to go through this but at least we got some answers and you should be all better in no time! I love you so much!”

In the comments section, David reveals more information, and he denies what Jenelle’s rep said about her having a tubal ligation. “We will let everyone know what all was discovered in the surgery very soon,” he wrote. “And no she did not have her tubes tied.” 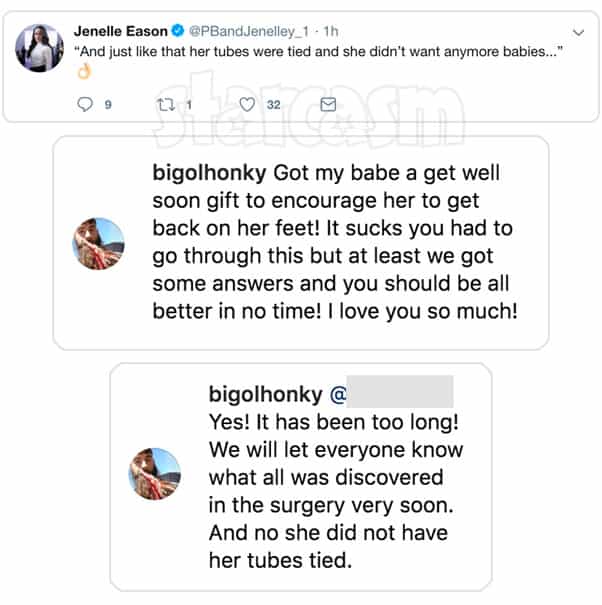 It’s unclear what the confusion is here. Perhaps the doctors used “talking words” (like tubal ligation) that confused David?

Regardless, it is good to hear that whatever procedure it was that Jenelle did undergo, that she appears to be doing well. Perhaps we will see her up on that surfboard soon! Judging from recent videos and photos I’ve seen of The Land, they basically have an ocean in their front yard. 😉

UPDATE – Jenelle herself spoke with E! News and confirmed that she did have her tube tied. “In the end I had my left ovary and polyps removed,” she revealed. “They tied my right one though so I still have hormones.”

Jenelle also talked about her motivation to have the procedure. “I decided to do it because I had constant pain on my left side and I get extremely sick when pregnant. I’m also happy with the number of kids I have now.” Jenelle told the site she was “feeling very sore but taking it easy.”