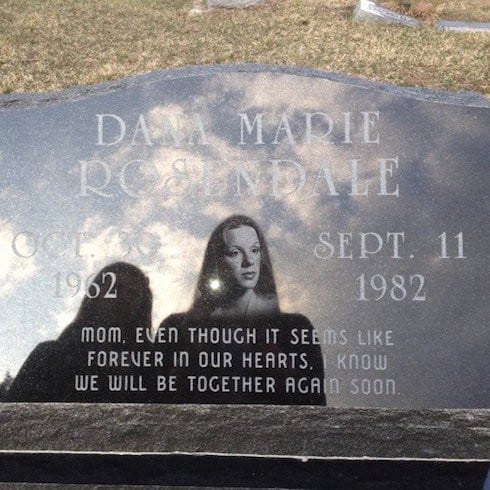 The Dana Rosendale Ohio cold case, and its reopening, three decades later, as a murder investigation, is one of the most famous in the state’s history. Now, NBC’s Dateline offers its own investigation into the fascinating case, including the reconsideration of details that didn’t add up after Rosendale’s death in 1982. The 30+ year-old crime would likely have never been solved were it not for intrepid findings of Brittany Stork, Rosendale’s daughter, who almost single-handedly got authorities to reclassify her mother’s death as a homicide.

To begin with, here’s a summary of the case, courtesy of the Ohio Attorney General’s office. Early in the morning of September 5th, 1982, 19-year-old Dana Rosendale was found unconscious and lying in the right-of-way on a residential street in Norwood OH, just outside of Toledo. Police were notified, at 3:32 AM, by a man who’d called them after asking to use the phone in the trailer across the street from where Dana was lying. The man, a bouncer from Toledo named Russell Adkins, told police he had given Dana and her friend Roxy Pelow a ride home from South Side Roxy, a Toledo rock club. Adkins dropped Pelow off in Michigan, then doubled back and headed toward Rosendale’s house. On the way, said, Adkins, Rosendale fell out of his car. Six days later, on September 11th, Dana died from her injuries. “The subsequent autopsy,” per the Attorney General’s summary, “revealed she died of craniocerebral injuries, due to blunt force trauma to the right side of the head.”

Of particular note in that summary is something that Lucas County Coroner Dr. Harry Mignerey told the detective in charge of the investigation after he (Dr. Mignerey) completed his report. In the coroner’s opinion, “Dana should have exhibited more trauma if she fell from a moving motor vehicle.” However, at the time, there was insufficient evidence to warrant a further investigation, let alone bring charges against Adkins. But Dr. Mignerey’s concern would turn out to be pivotal in reopening the cold case over three decades later: he couldn’t rule Rosendale’s death a homicide, but neither could he say it was accidental. So, for years, her official cause of death was “Undetermined.” 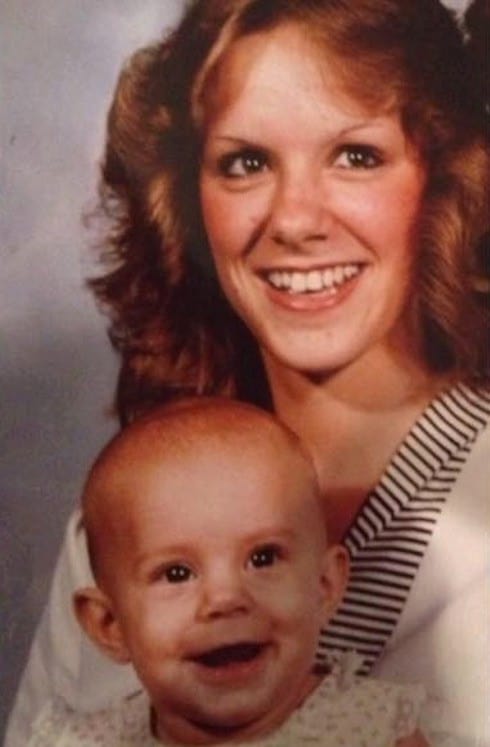 Dana Rosendale, 19, with her infant daughter Brittany in 1982

It’s not an explanation that Dana’s biggest advocate would ever accept. But Rosendale’s daughter, Brittany, now 34, was only eight months old when her mother died. She would later say that she wrestled her whole life with the question her mother’s death left her: “Who makes that choice—that you don’t grow up with a mom?” Everything that Brittany knows about her mother came from, in the words of WTOL, “unfinished baby books and an unnerving newspaper headline”–the only connections left between mother and daughter. “She was a typical teenager,” Brittany said, describing what she had learned of her mom. “She was a free soul and spirit.”

It’s not surprising that Brittany found the official explanation of her mother’s death “unsatisfying.” Nor is it a shock that she would begin her own examination of the facts of Dana Rosendale’s final hours. However, it’s almost unprecedented to have a cold case reopened thanks to independent investigation, which is what happened when Brittany went to the police with her findings in 2013. After re-interviewing both Adkins and Palow, police decided they had sufficient reason to exhume Dana’s remains and conduct a second autopsy. Dr. Diane Scala-Barnett, deputy coroner for Lucas County, agreed with the original findings of blunt force trauma to the head–but, thanks to advanced technology, Dr. Scala-Barnett concluded that Rosendale’s trauma was “consistent with assault.”

Adkins was arrested in February of 2015, and went on trial in January of 2016. The jury couldn’t reach a unanimous verdict, and the result was a mistrial–but the jury almost immediately voted to try Adkins again. “[The jurors] were unclear on some of the [forensic] evidence that we had,” explained lead prosecutor Paul Dobson. So, Rosendale’s remains were exhumed a second time, and given their third examination this past spring. 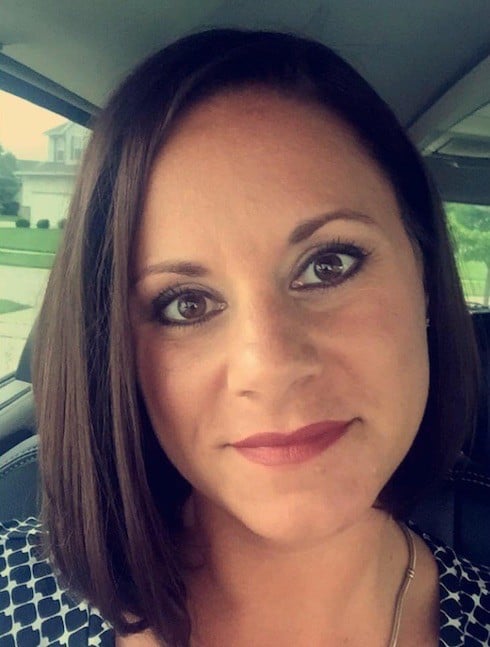 Of particular importance, according to assistant prosecutor Gwen Howe-Gebers, is the absence of injuries to other parts of Rosendale’s body. Adkins’ defense–that Rosendale fell out of the car due to an improper latch, then hit a telephone pole–was inconsistent with the medical team’s findings. “There were no other abrasions on her body,” Howe-Gebers said, though there were “injuries to the right and back of Rosendale’s head, including significant swelling, which closed her right eye,” and, as noted at the time, “something seeping out of her right ear.”

(Those findings were backed up during the first trial by testimony from Rosendale’s sister, who said she’d examined Dana’s body while in the ICU during the six days between the accident and her death. “I lifted her hospital gown, the sheets and the blankets,” said Deborah Rosendale Risner. “There were no other injuries, no abrasions, no road burns….There was brain tissue coming out of her ears.”)

Indeed, during the second trial, the county coroner testified unequivocally: “I believe she died from a beating. In my opinion, this was a homicide.” Adkins was known to keep a pool cue in his car; the prosecution argued that it would have been sufficient to create the blunt force trauma found by the three autopsies. (No blood was found on the cue during the 1982 investigation; it has since gone missing.) In one particularly macabre demonstration, a forensic anthropologist also took the stand for the prosecution with Dana Rosenberg’s skull in his hands, demonstrating injuries that he believed were caused by three blows.

“We’ve never really been a complete family,” Brittany said, at the trial’s conclusion, “because she’s never been there.”

And, at Adkins’ sentencing, Brittany was even more specific about what the loss of her mother had meant to her. “I have lived my entire life without my mom,” she said, through tears. “And I don’t feel that someone else, who took her life, should be able to live another second of their life free. Because she’s in a box.”

On July 18th, 2016, Russell Adkins, now 57 years old, was sentenced to life in prison for the 1982 murder of Dana Rosendale. He will be eligible for parole after serving 15 years of his sentence.

Advocates for Adkins say they’re planning an appeal; friends have set up a Facebook group to try and raise awareness of what they say is an unfair verdict.

But Brittany, who’s spent her entire life searching for justice on her mother’s behalf, is finally ready to move on. “It’s made me a very strong person,” she told the local media, after the sentence was read, “but I’m still ready to start my life without this. With my kids. And be able to enjoy life.”

20/20 Jordan Brown, man accused of murdering pregnant stepmom when he was 11, is now free