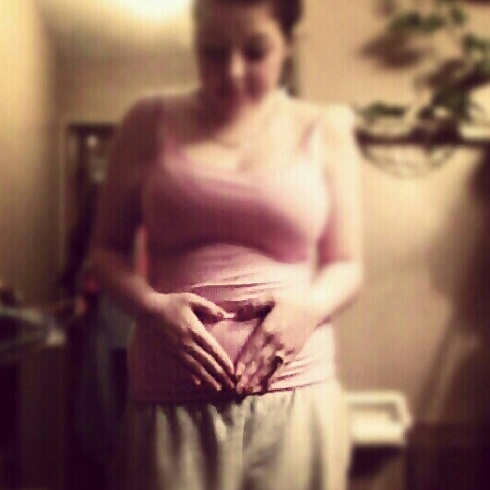 Danielle Cunningham gave birth to a healthy baby girl this morning following days of pelvic pain, a hospital visit and plenty of pain medication. This is the second child for the former 16 & Pregnant star and her on-again, off-again boyfriend Jamie Alderman.

At exactly 5:38 am on June 7, Danielle debuted the first photo of her baby girl to her 22,000 fans on Twitter. Along with the adorable photo, Danielle revealed that her new baby, whom she named Jayleigh Rae, weighed in at 6.13 pounds and had arrived at 5:10 am. 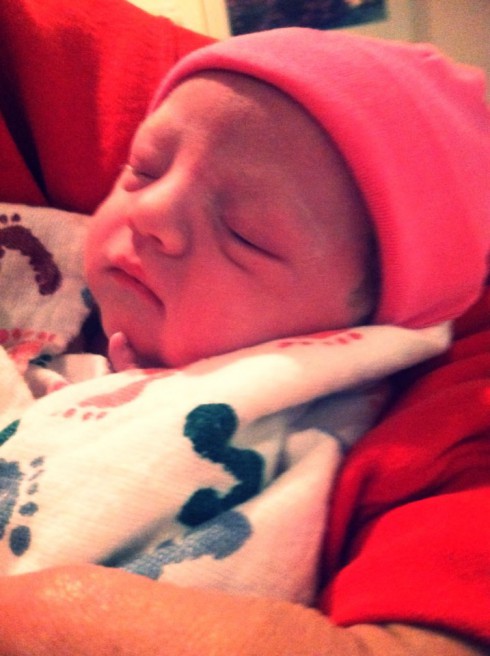 Shortly after the birth, Danielle got into a mini Twitter feud over the child’s name. One of Danielle’s followers accused her of stealing the name idea from her niece, but Danielle quickly denied it, telling the fan, “lol i dont even know you. So no i did not.” Unfortunately, things didn’t end there.

The user pressed on, tweeting that she wished people would be more original but Danielle didn’t back down and insisted, “Nobody took your name. Stop being so full of yourself. Wtf is wrong with your ignorant a**.” Since then, Danielle has stayed off social media, as she should.

On Tuesday, Danielle began having pain in her pelvic area which led her to head to the hospital, assuming she was in labor. However, after hours of being watched, doctors gave her some pain medication and sent her on her way.