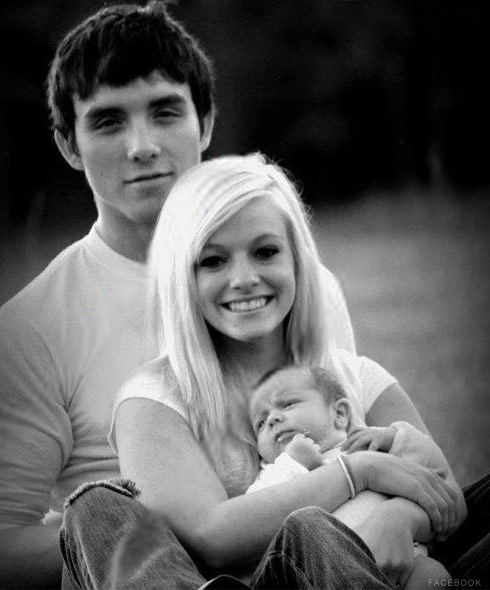 MTV rolled out it’s first three commercials for the fourth season of it’s documentary series 16 and Pregnant, one of which featured Mackenzie Douthit exclusively. The fact that Mackenzie was singled out leads many to believe that hers will be one of the two episodes that kick off season 4 on March 27. So, we thought we’d put together a little primer on Mackenzie to help get you prepared!

17-year-old Mackenzie Taylor Douthit is from Miami, Oklahoma where she was a cheerleader at Miami High School. She was born October 17, 1994. In addition to cheerleading she enjoys riding horses, something which probably helped her meet bull rider Josh Mckee, a lifetime resident of Wyandotte, Oklahoma. 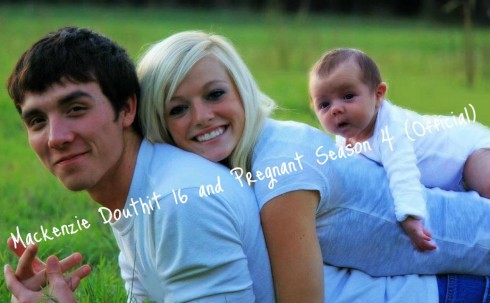 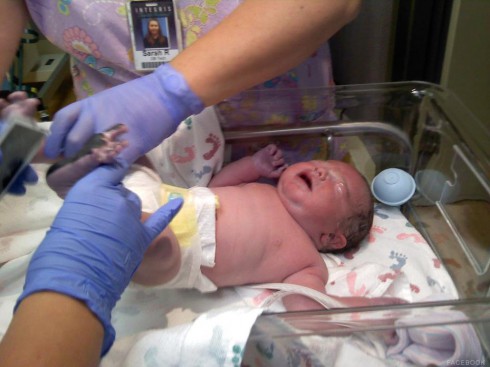 Josh seems like quite the tough guy, but that didn’t stop him from sharing his very personal and emotional response to Gannon’s birth on his Facebook wall:

Today was by far the best day of my life. Mackenzie you did great, I Love You. I dont think i have ever been so nervous in my life but after i saw our baby boys face we a had a father&son bond right off. Now just lying here watching her sleep:)

As evidenced in the trailer, Josh is “in a bad accident” during the course of filming and is forced to wear a massive neck brace. The injury has jeopardized his bull riding future. 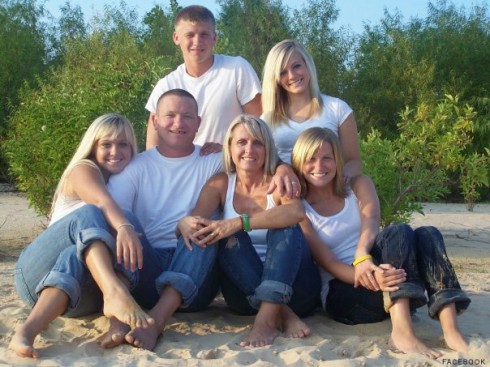 Mackenzie’s family will obviously play a major role in her episode, and for more reasons than usual. Mackenzie’s mother Angie Douthit is a 3rd grade teacher and also a published author! She wrote the book Life with Mike detailing what it was like to take 38-year-old Mike Williams Douthit, who has Down’s Syndrome, into their home in 1991. Mike lived with the Douthit family for 17 years, until his death in 2008.

Here is a photo of Mackenzie and Mike together followed by a description of the book and of Angie Douthit from the publisher: 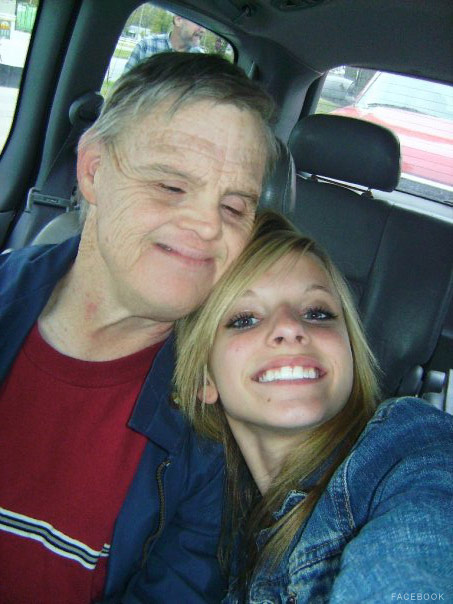 Life with Mike is a true story about living with, caring for, and loving a man with Down’s syndrome. 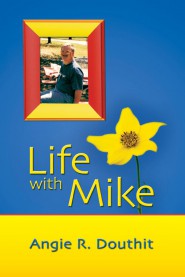 Mike Williams Douthit lived with Down’s Syndrome for 55 years. During the last 17 years of his life, after his biological mother passed, he was blessed to be cared for by the devoted mother he deserved, author Angie R. Douthit, and the father he had always longed for, Brad Douthit, plus the sisters and brothers he had constantly hoped for, Whitney, Kaylee, Mackenzie,and Zeke.

This story focuses on how a person with Down syndrome can so effortlessly change and bless so many lives, and does so in a humorous, tender, and heartfelt way. Mike inspired the author and her family to view life with a novel and fresh perspective… with unconditional family love and a hug for one and all.

Author Angie R. Douthit wrote this touching story to help herself move through the grieving process after Mike’s death. She is inspired by her family and by God. Douthit works as a National Board Certified third-grade teacher and is currently working on her master’s degree as a reading specialist. Douthit grew up in Ottawa County, Oklahoma, and now resides in Miami, Oklahoma, where serving Christ and taking care of her family is her greatest passions.

It really sounds like an amazing story and will not only enlighten you as the the effects of inviting someone like mike into a family, but it should also provide a lot of information about Mackenzie’s family not included in this post or in her episode.

The rest of Mackenzie Douthit’s family includes sisters Whitney and Kaylee as well as brother Zeke. Here is a great family photo of the blonde ladies of the Douthit clan: 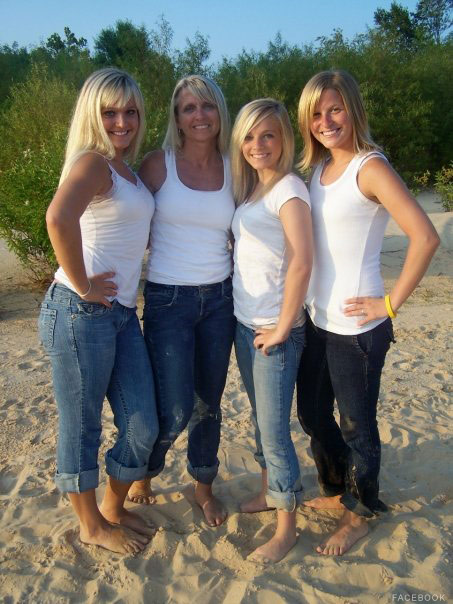 In addition to the impact Mike had on her and her family, Mackenzie’s sister Kaylee also figures to play a major role in her episode because her wedding was scheduled less than two weeks after Gannon was born! I’m sure there was a lot of nail biting going on there!

Solely based on the research I did putting this post together, it appears that Mackenzie comes from a stable and very loving home. It also appears that she is a bit of a free spirit, and those two things should make for a great, albeit emotional, episode.

We will try to update this post as soon as we find out for certain when Mackenzie’s episode will air. Either way, be sure to tune in for the 16 and Pregnant Season 4 premiere March 27 with back-to-back episodes! Be sure to check out our post with photos of all 12 girls to be featured this season with links to our other profiles!

You can keep up with Mackenzie Douthit on her Facebook fan page, which the admin says she will be joining as an admin once her episode airs. At this time she doesn’t have a Twitter or Formspring account, but as soon as she does we will update with a link.

UPDATE – Mackenzie is on Twitter! Here’s the link:
https://twitter.com/#!/DouthitKenzie

PHOTOS The dads of 16 and Pregnant Season 5