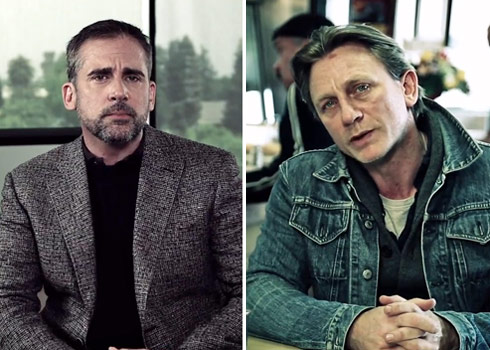 The White House has released their 2nd PSA for the 1 Is 2 Many campaign that looks to draw attention to the problem of domestic violence against women.

In a speech yesterday, Biden talked in detail about the epidemic of sexual assault, “College and Universities can no longer turn a blind eye and pretend rape and sexual assault doesn’t occur on their campuses.” He added, “I’m not used to making calls to big old movie stars. But I called them. And every one of them said immediately, ‘What can I do?'”

Is ‘leaked’ The Girl with the Dragon Tattoo red-band trailer a Sony plant?

David Brent and Michael Scott are finally going to meet!