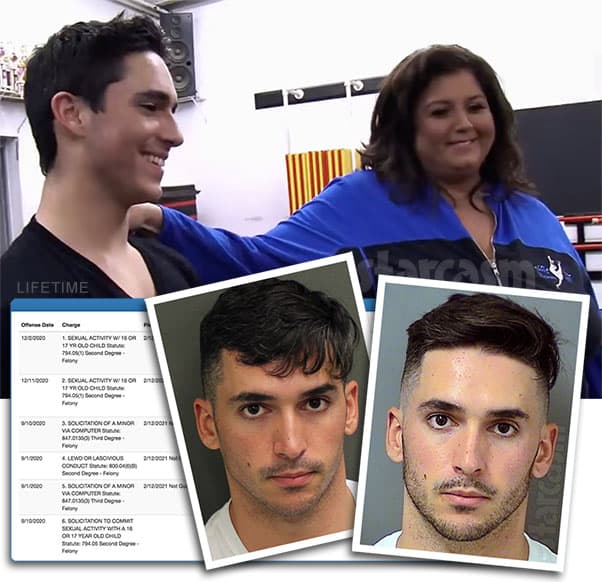 Former Dance Moms dancer Kevin Cosculluela was arrested last month and is currently facing multiple felony counts of solicitation and sexual activity with a minor. The alleged victims were both female students of Kevin’s at Peaches Dance Studio in Orlando.

According to jail records, Kevin was arrested on an outstanding warrant in Palm Beach County on January 15. He was released to the custody of the Orange County Sheriff’s Office on January 21. He later posted a combined bond of $8,000 after pleading not guilty to five felony charges.

Here are the five felony charges filed against Kevin Cosculluela: 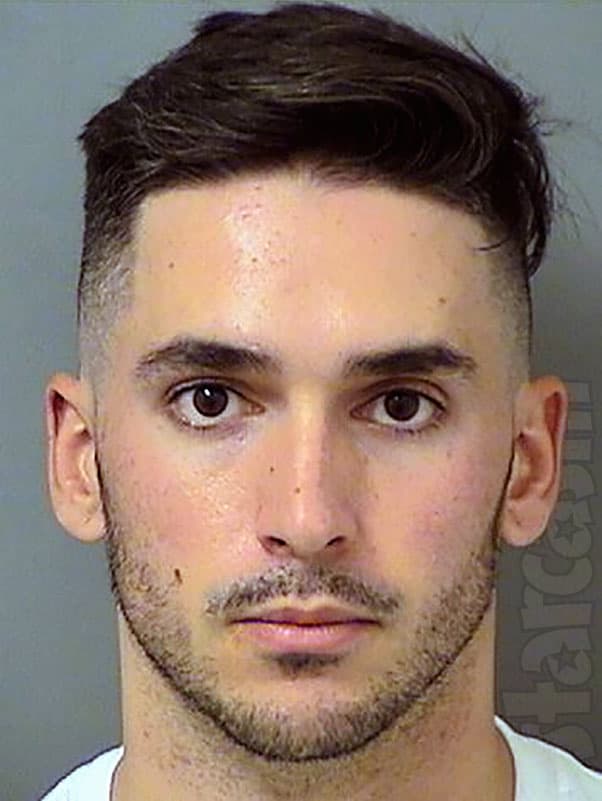 According to court documents, the charges all stem from alleged incidents last year between Kevin and two different female dance students under the age of 18. One of the students says that Kevin asked her to go with him to Taco Bell on December 2 of last year. During the trip, he asked her to swing by his apartment. While at the apartment, the girl claims that “once inside, Kevin grabbed her hand and took her into his bedroom.” He removed his pants and then forced her to give him oral sex.

After the act, the victim says Kevin “stood up as if nothing happened.”

More from the police report:

He asked her if she wanted mouthwash and said, “I think you’re gonna need that.” He handed her some mouthwash and then they got their stuff and left the apartment. He told her it wasn’t that big of a deal and then told her to drive fast to get back to the studio. They still had to stop at Taco Bell, and Dan was texting Kevin asking what was taking them so long. Kevin told Dan that they were taking so long because they had to stop and get gas. When going through the drive thru, Kevin kept insisting that she order food, but she didn’t want anything. He yelled at her for not ordering any food because everyone would wonder why she went with him if she didn’t get anything. On the way back to the studio, Kevin told her, “None of this happened, erase this from your memory and don’t tell anyone.”

After that incident, the victim tells police that “Kevin ignored her and didn’t talk to her, which upset her.” She skipped her next one-on-one lesson with Kevin the following week and opened up to another female dance student about what had happened. That student told her that Kevin was telling her very similar things, “like that he loved her and also asked her for nude photographs.” 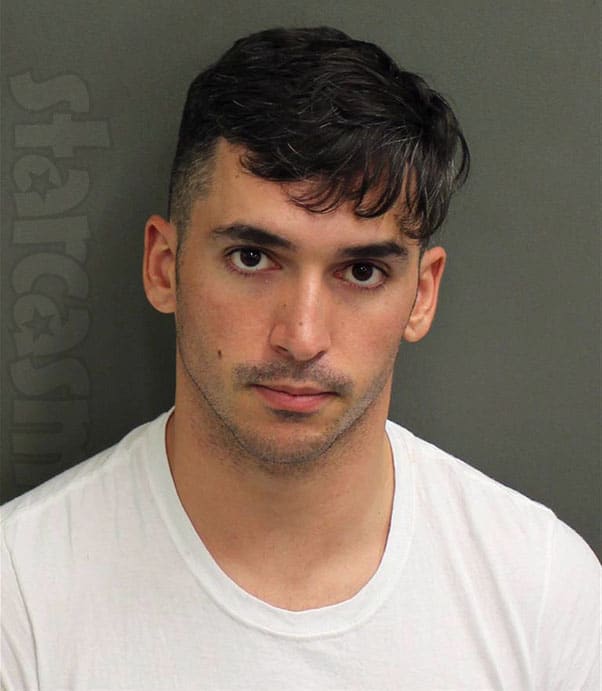 Two days after her cancelled dance lesson appointment, Kevin began acting as if nothing unusual had occurred.

On December 11, 2020, the victim said that Kevin called her and talked to her like normal, asking if she could help him decorate for another student’s birthday party. He asked her to meet him at his apartment so that they could leave from there and go pick up a cake and decorations together. She went to Kevin’s apartment and they spoke briefly. She sat on his couch waiting for him to get ready to leave. He came over to her, took her hand and led her to his bedroom. He laid on the bed and said, “Why are you so nervous, you should already know you’re good at this.” The victim said that the same thing happened as it did before.

Afterwards, Kevin stood up as if nothing happened. He offered her mouthwash once again, which she used and then then they both left the apartment and carried on the day. They stopped by Kevin’s girlfriend’s house on their way to pick up party supplies around 1030 to 1100 hours. When they stopped there, she said that gave them a weird look, probably wondering why she was with Kevin at that time of the day.

Dance Moms was mentioned in the police report when the alleged victim recalled what it was like when she was first introduced to Kevin. Here is an excerpt of the narrative right up until the Taco Bell incident:

The victim said that Kevin was the lead dance instructor for group classes and that she also had one-on-one lessons from Kevin weekly.

Around September 2020, she and Kevin began talking to each other through text message. The victim said that she viewed Kevin as someone, “famous,” “important,” and “influential.” She explained that Kevin is a “celebrity” dancer and was on a television show called, “Dance Moms” and Broadway. The victim said that Kevin started treating her differently after they started talking to each other over text. She said that he could be “scary” sometimes if she didn’t do what he wanted. She explained that Kevin would threaten to take away lessons, ignore her during lessons, yell at her, swear at her and not speak to her for days if she didn’t do what he wanted. She said that it affected her greatly when he ignored her during her dance lessons because of how important she viewed him.

The victim said that she and Kevin text each other frequently and that things started getting more “intense,” so Kevin requested that they start communicating through Snapchat. Once she and Kevin started talking on Snapchat, their conversations started progressing towards more affectionate and sexual context. She said that Kevin would often tell her that he loved her and would send her messages implying sexual things.

On December 1, 2020, at approximately 1700 to 1800 hours, Kevin called her after she left the dance studio. He asked her to come back to the studio so that they could, “do things.” The victim said that she believed Kevin was trying to get her to go back to the studio to do sexual things, but she told him, “no.” Kevin got angry with her, yelled at her and then hung up on her. Later, Kevin sent her a message on Snapchat and yelled at her again, so she apologized.

The other alleged victim has a similar story. From the police report:

The victim explained that she and Kevin’s relationship started out, “normal-ish” and then they got closer and started hanging out more. She said that Kevin would start making comments about wanting her to come to his apartment, comments about her body and things that he wanted to do with her. As things progressed with Kevin, he added her on Snapchat and his messages got more, “intense,” and they started talking more often and later at night. She said that Kevin’s messages would be about his feelings for her and his intentions with her, as in being in a relationship together and having sex. He also sent her a message on Snapchat saying that he wanted her to come to his apartment some time so that they could have sex and that he would drive her to dance class afterwards. She said that she told him no, and that they never had sex. She said that at one point, Kevin asked her to send him “nudes,” so she did. She said that she sent Kevin two nude photographs of herself on Snapchat on one occasion. The victim said that she deleted all of her text messages with Kevin and did not save any of the messages from Snapchat.

The victim said that she has been to Kevin’s apartment on many occasions, stating that it was more than ten (10) times. She said that sometime in November or December 2020, she was at Kevin’s apartment with him watching a movie in his living room. He stood up and extended his hands out to her, so she took his hands. He brought her into his bedroom and pushed her on to his bed to where she was positioned face down on the bed with her feet still on the floor. While they were both still clothed, Kevin laid on top of her for approximately two minutes. She could not remember if he said anything, and said that he didn’t move or touch her. The victim said that Kevin never touched her or had her touch him inappropriately.

Here is a clip from Dance Moms that includes Brooke and Kevin on a date: