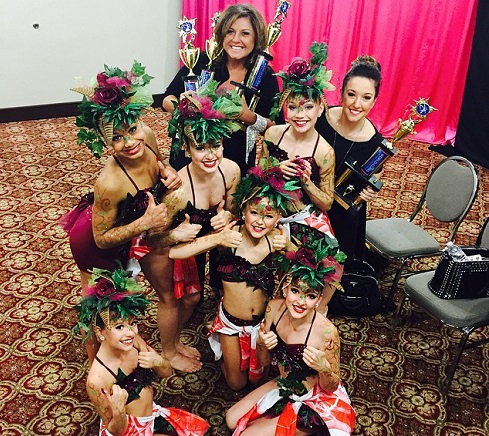 Rumors have been swirling all summer as to whether Abby Lee Miller, the no-nonsense dance teacher featured on Lifetime’s Dance Moms, and her star student, Maddie Ziegler, will return for season six of the show. Right now, the answer is unclear–but statements by both stars point to a potential departure…

The rumors began in June, when Abby told Entertainment Tonight that there were off-camera issues involving the production crew and Lifetime network.

“Lifetime is a little in arrears on their payment plan with me personally, and so I think that will have to be taken care of first before we talk about season six,” she stated.

Abby made another cryptic statement during the preview for the upcoming Season five reunion show. In the preview, she says, “You go out when you’re on the top.” Whether or not this means she will be leaving the show remains unseen.

Of course, these statements don’t necessarily mean Abby is leaving the show. Just two weeks ago, she posted a photo on her Instagram linking to the season six casting form. And, on Tuesday, she posted an updated photo for an audition on the last day of ALCDCLA Bootie Camp on August 17:

Abby isn’t the only cast member who might have one foot out the door. Maddie Ziegler, who got her start on Dance Moms but has since turned to acting and stealing the show in the Sia music videos “Chandelier,” “Elastic Heart,” and “Big Girls Cry,” also made comments in an interview that suggest a departure from the show that made her a household name.

“We just finished filming Season 5,” she said in an interview with MTV Australia. “I’m not sure what’s going to happen for Season 6. I don’t know if I’m going to do it or not, so it just depends.”

The Season 5 reunion show may hold the answers to these questions–and, after the intense season finale, it’s sure to be heated. Tune in to Lifetime on Tuesday, August 17 at 9/8c for the latest Dance Moms drama.