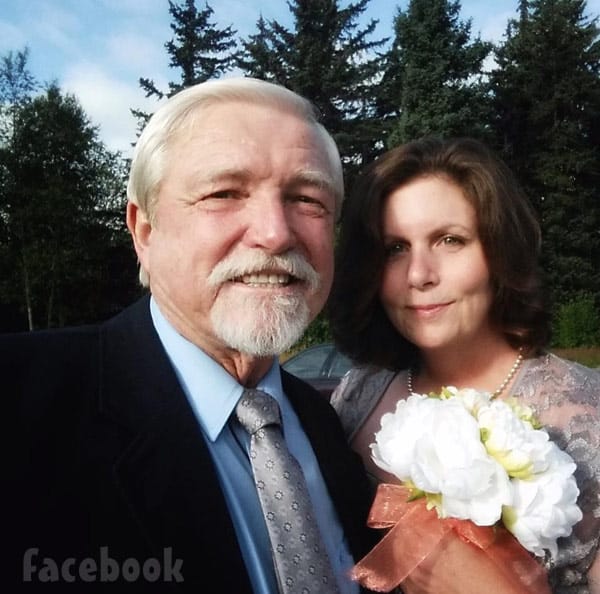 We have some great news to report for old school fans of Gold Rush as former star Dakota Fred Hurt has married Jennifer Sheets, his Executive Assistant and cook for his mining crew!

It appears as though the ceremony was on July 30 as Fred shared the Facebook photo above on July 31 and captioned it with: “Yesterday was truly amazing. Thank you family and friends who shared this day with us…… F&J”

In attendance at the wedding was fellow Gold Rush star Tony Beets and his wife Minnie Beets. The Klondike Viking shared this photo of all four of them and managed to put some nice words together without cursing: “Congrats Fred and Jennifer!” 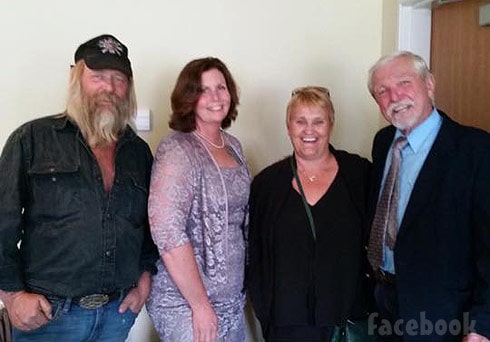 Fred and Jennifer have been “Facebook official” since July of 2015, and judging from their photos since that time, they are extremely happy together. Congratulations to the both of them, and we hope to see them together on the small screen soon! And why would I say that?

Dakota Fred and son Dustin Hurt announced back in February that they were looking for crew members to run “a swift water suction dredge gold mine high up in the mountains of S E Alaska,” and the job posting included the sentence: “You will also need to be happy with being filmed at work as part of a BRAND NEW gold mining TV SHOW for a major cable network.”

You might recall that Dakota Fred was previously working on a documentary with the working title All That Glitters, but this is a separate project that is being filmed by Raw TV, the same production company that makes Gold Rush. The announcement has many wondering if perhaps Fred and Dustin might be rejoining Gold Rush for Season 7. (I’m pretty sure the show hasn’t had a wedding yet, right?)

Here is the full job posting as shared by Dustin: 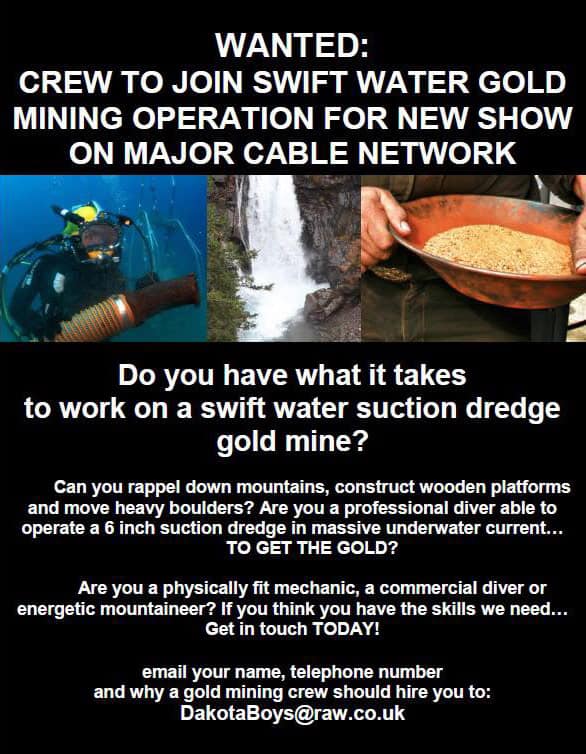 Me and my dad are running a swift water suction dredge gold mine high up in the mountains of S E Alaska and need a physically fit, reliable crew to join us! You will also need to be happy with being filmed at work as part of a BRAND NEW gold mining TV SHOW for a major cable network.

We’re looking for a crew with a variety of skills – Can you rappel down mountains, construct wooden platforms and move heavy boulders? Are you able to operate a 6 inch suction dredge in massive underwater current…TO GET THE GOLD?

Are you a physically fit or energetic mountaineer? If you think you have the skills we need… Get in touch TODAY!

The most important part of this job is being strong, brave, and optimistic. You cannot be afraid of heights or claustrophobic. Be prepared, this will be hard work and you will need to be physically fit. Serious applications only.

Write to these guys and they will get back to you. Thanks, hope to meet you soon.
To apply E-mail your resume/qualifications to dakotaboys@raw.co.uk

Please include your phone number and a brief description about why you are the best person for the job. Due to the high volume of applications we hope to receive, we unfortunately won’t be able to respond to everyone. Also people at Raw TV will be helping us process the applications, so you may get a call from someone in the UK if you apply, this will come up as +44 number on your phone.

Good luck and we look forward to your email!

As far as the fate of All That Glitters, Jennifer said recently that they “are still working on the release of the documentary.”