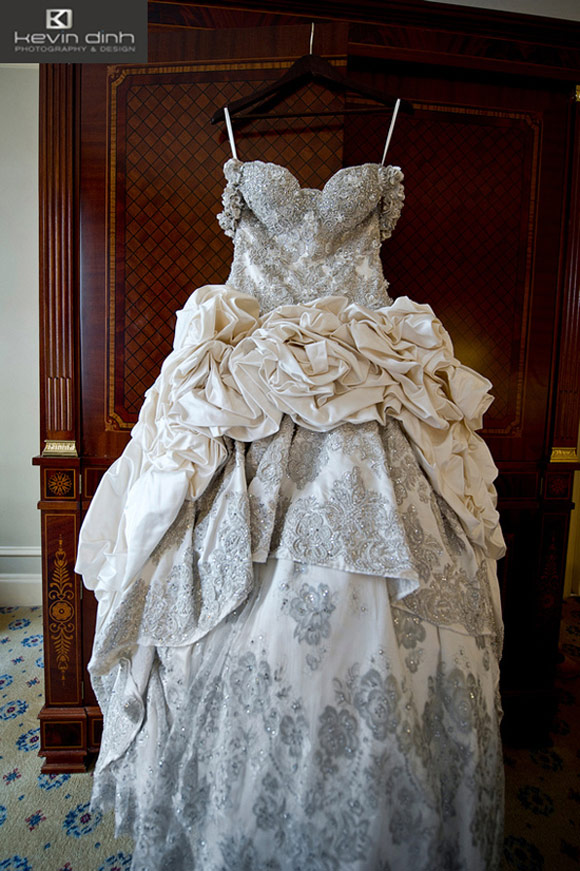 Kim Zolciak and fun-bunned beau Kroy Biermann got married in Atlanta earlier today and it may surprise you to know Kim was wearing… a second-hand dress! That’s right, Kim bought a used wedding gown! But, before you start tweeting your joy at Nene Leakes, you should know that it wasn’t just any used wedding dress – it was an elaborate designer dress designed by famed Beverly Hills designer Baracci that originally cost $58,000!

Kim purchased the dress on preownedweddingdresses.com back in August. The site’s founder, Josie Daga, talked with Wet Paint about the purchase:

“The last time we had a Baracci dress, it sold in 24 hours,” explains … Daga. “I was curious about it so I called the owner. She said it had been her wedding dress and she had originally paid $58,000 for it.”

“Then, a few weeks ago, I got a call from Bravo,” Daga continues. “They said they were shooting a scene where Kim Zolciak is shown buying her wedding dress from my website and they needed my permission to show the site on TV. I asked, ‘Oh did she buy the Baracci dress?’ and they said yes.”

So what are the specs on Kim’s gown? It is made out of “Duchess Satin and covered in Swarovski crystals, pearls, beads and embroidered lace” and weighs a reported 35 pounds! 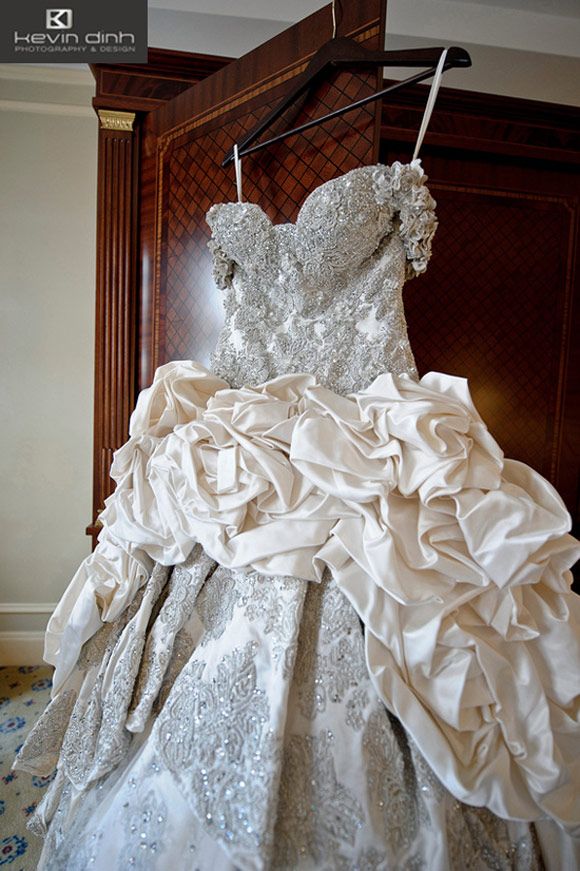 As for why she ordered a “used” dress instead of having one made for her, Daga speculates that it must have been the short amount of time between her engagement (in October) and the wedding, which would happen the very next month. I don’t know how much sense that makes given that Kim bought the dress back in August, but I’ll go along!

Once again, congrats to Kim and Kroy! I can’t wait to see photos of Kim Zolciak in her wedding dress from the ceremony! 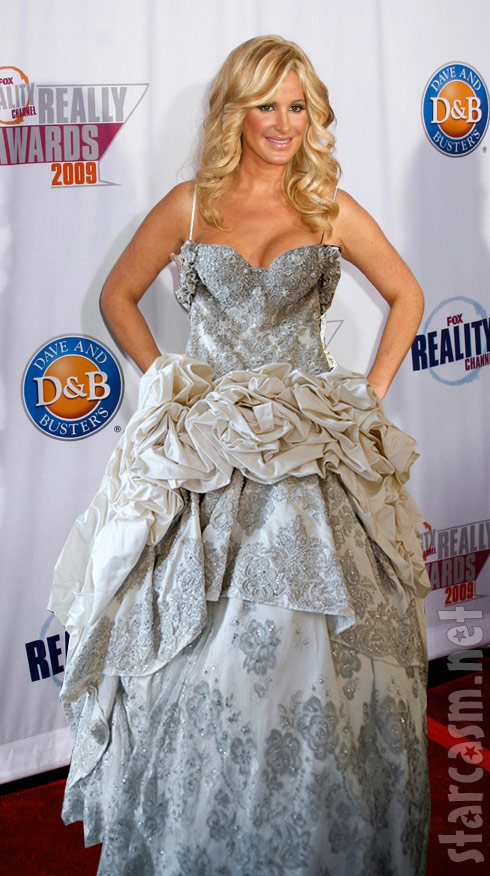 UPDATE – CLICK HERE to see the first Kim and Kroy wedding photo, including Kim in the dress!