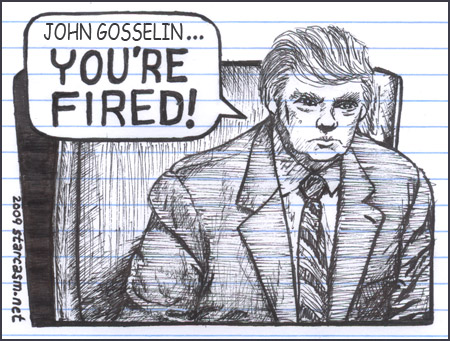 Here is a piece from CNN on the firing of Jon Gosselin. Guest host Carlos Diaz and his panel of guests talk about Jon’s recent antics and the seemingly irate responses from TLC and try to decide if Jon is trying to get fired.

I’m definitely on Team Kate in all this, and have been since the beginning. I realize Kate was a little tough, but that was because she was raising nine kids, including Jon. Since the first season of the show it seemed like Kate was the one up to the task of raising and providing for eight children, while Jon seemed intent to play the twenty-something douchebag college kid reluctant to do anything.

Well, Jon is still that twenty-something douchebag who is now unleashing his inner college freshman by partying and sleeping with any willing blonde woman between the ages of 16 and 30. (Check out Jon on the cover of the Douche Bagazine Fashion Issue!) If he really is vying for his own reality show called the Divorced Dad Club then TLC needs to take the advice of Friedrich Nietzche who famously trumpeted the mantra, “If it’s leaning, push it!” I say let Jon implode. Even if the show is a moderate success, it will only be because of the kitsche appeal of Jon and others being completely worthless human beings. 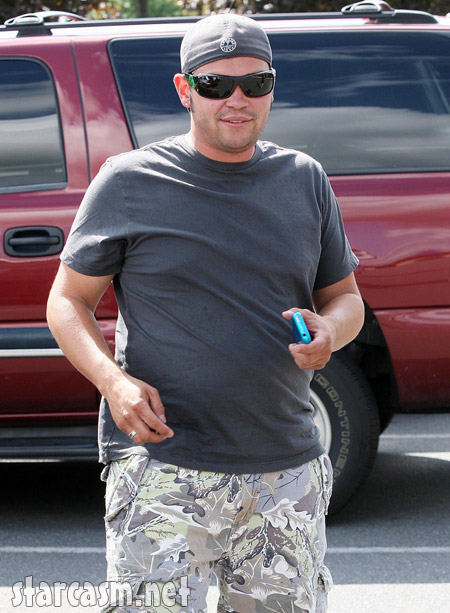 Who needs a job when you're lookin' gooooooood?

Plus, I think Jon and Kate Plus 8 minus Jon injects some adrenaline into a tired concept – now, instead of two parents dealing with sextuplets plus two it’s a single mother dealing with sextuplets plus two. Kate just needs to reel it in a bit in her interactions with Jon – no more public b*tchfests or complaining to the media. She should take the high road and let Jon sink, he won’t take Kate under with him if she distances herself from the rancor and vitriol and turns her focus to raising the kids. Oh, and drop all that extra crap like book deals, speaking engagements, blah, blah.

If Kate can somehow regain stability for her and her children she will be a domestic hero. And I think she can do it mainly because her children appear to have such great attitudes. They seem to have adapted quite well to the cameras and the media coverage so far, so if Kate can just guide them through their parents divorce I think they will be just fine. (Unless the media continue to hound them through high school and beyond)

Oh, and this won’t be the first time Jon has been fired. Despite claims on the show that he was let go because his employer didn’t want to give him and the family medical insurance, Phillymag.com has uncovered information about his previous firing that would suggest that claim is untrue:

None of this comes as a surprise to David Rothermel. Owner of a custom cabinetry business in Lancaster County, he was Jon’s boss (and a friend of Jon’s parents) during Kate’s second pregnancy. He’s the guy singled out during Jon and Kate’s speaking engagements as the man who “did not want to insure [Jon] … they let him go.” However, Rothermel says — and supporting documents prove — that Jon Gosselin was fired for other reasons. The state unemployment office ruled that Jon improperly did a side job on company time; furthermore, Rothermel claims that before the babies were even born, Jon was on the phone and the Internet soliciting freebies, boasting openly that he was never going to have to work again. Indeed, the Gosselin family website, Sixgosselins.com, was registered before the babies were born, and later featured a “Prayer List” of wants — a 15-­passenger van, “a house that we fit into and can afford … it’s going to literally take a miracle” — along with a “Praise List” with the names of folks and companies and the supplies they’d donated. When the babies were six months old, family members, friends and neighbors got a letter containing the Gosselins’ account number with the electric company, in case anyone felt moved to pay the couple’s bill. (A TLC spokeswoman says the letter came from friends looking to help the Gosselins.)