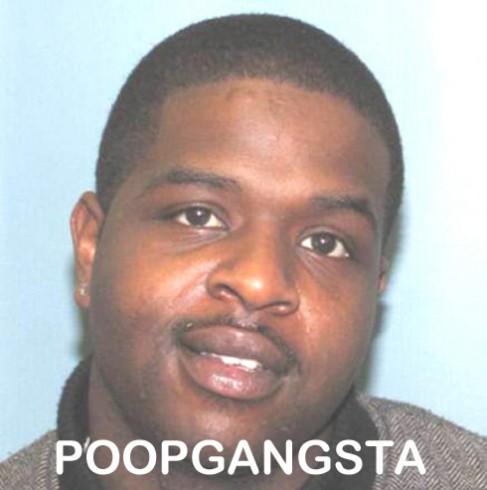 Police are on the lookout for a young man who goes by the Twitter handle “poopgangsta” following a shooting inside an Ohio nightclub on Christmas Eve.

Poopgangsta, real name Tyrice Bowens, is wanted for the attempted murder of a patron at the Blueprint Lounge in Euclid – just outside of Cleveland.

Poopgangsta has an extensive rap sheet according to TSG including being sentenced in mid-2012 to a year in jail for burglary and criminal damage. He was arrested last July for aggravated riot, escape, and resisting. Bowens was busted again in November 2013 for aggravated robbery, felony assault, and kidnapping.

Poopgangsta’s Instagram, in which he also refers to himself as “poopgangsta,” has been removed but a cached page reveals his tagline of “Shootin ni**as left and right if they aint steppin right.”