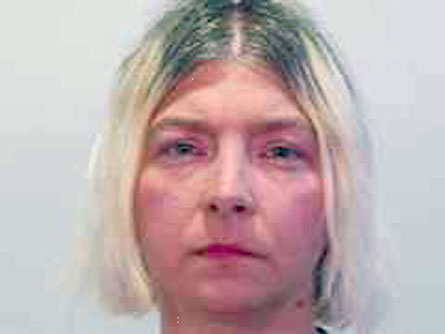 37-year-old Megan Mariah Barnes knows her priorities. Just one day after being convicted of a DUI offense, she had her ex-husband hold the steering wheel while she manicured her lady parts with a razor while on her way to meet her boyfriend in Key West.

Unfortunately her ex-husband wasn’t doing a good enough job of steering because the car got into a two-car crash, and Megan Mariah had to own up to driving without a license or insurance.

According the HuffPost:
“She was was charged with driving with a revoked license, reckless driving, leaving the scene of a wreck with injuries and driving with no insurance.

Wow, they forgot to book her for her roots situation.

The arresting officer Trooper Gary Dunick was shocked at what he found saying that Megan’s bikini line shaving was the craziest thing he’s ever seen. He told Key News:

“If I wasn’t there, I wouldn’t have believed it. About 10 years ago I stopped a guy in the exact same spot … who had three or four syringes sticking out of his arm. It was just surreal and I thought, ‘Nothing will ever beat this.’ Well, this takes it.”