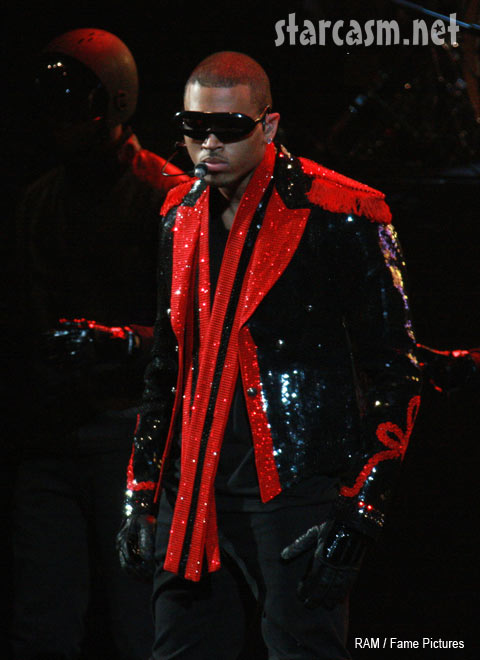 Recently TMZ caught Chris Brown hangin’ out with a girl he could legally stand next to, and, then speculated that Chris Brown might be settling for her just because it wasn’t illegal to touch her. Chris didn’t want to be associated with “that girl,” a.k.a. Natalie Nunn, who’s on VH1’s upcoming reality show Bad Girls.

Chris did sort of cuddle up to Natalie, but he’s probably wise to stay away from the self-described golddigger. Here’s her profile from Reality TV World:

“a spunky self-proclaimed socialite, Natalie enjoys cruising in her sugar daddies’ expensive cars and painting the town red with her cool celebrity friends. With a degree in Sociology, Natalie operates her own fashion boutique in Northern California. This flamboyant rebel proclaims to ‘run L.A..'”

Besides, Chris’ heart still belongs to Rihanna. He recently made a goobery photo-montage of the two of them sharing fun times set to R. Kelly’s “The Way we used to be,” and then tweeted it to the world. This would all be sad but cute sunshines and rainbows if Chris Brown hadn’t been arrested and ordered to stay 100 yards away from Rihanna because he beat her and bloodied her face.

Chris has also performed Tuesday night (October 27) for the first time since the Rihanna incident, and channeled his idol Michael Jackson. In the picture above his homage to the late superstar is anything but subtle. According to this review from the NY Daily News, Brown made multiple heartfelt statements throughout the show, including saying that he’s trying to be a “better man.”

Below is Chris Brown’s video montage: