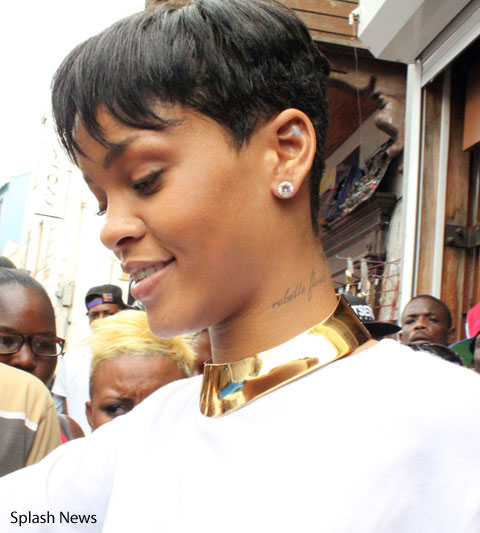 Rihanna usually makes headlines for partying and posting pantsless pictures of herself on Twitter and Instagram, so it’s refreshing to see some of the more positive things she’s doing with her super-stardom.

She’s donating  $1.75 million to a Barbados hospital in honor of her Gran Gran Dolly, who passed away from cancer this past June. At the time she tweeted: “Goodbye#grangranDOLLY get your beauty rest until I see you.”

The money is going to help buy needed equipment for the radiology department of  Elizabeth Hospital in Bridgetown.  Rihanna visited the center, now called Clara Braithwaite Centre for Oncology and Nuclear Medicine, this Saturday with her mother Monica Fenty, and her grandmother’s widower Lionel.

The singer told E! News: “This was my way of giving back to Barbados, in a form of philanthropy, by assisting the QEH in its continued modernization program…I believe that this will have a huge impact on the people of Barbados. This was all done to save lives or at least extend them.”

In September Rihanna showed of a chest tattoo of Isis she got in honor of her grandmother.