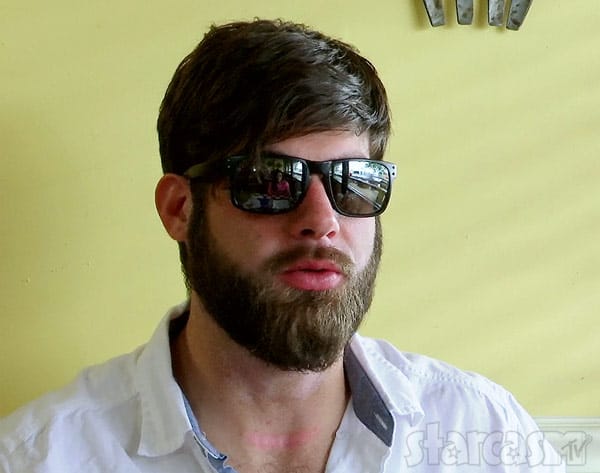 Pretty much every single episode of Teen Mom 2 has at least one scene featuring Jenelle Evans that gets the hatter conspiracy theorists all worked up, and this week it was the strange scene in which Jenelle had lunch in a restaurant with her fiance David Eason and he was wearing some rather large and rather dark sunglasses throughout the meal.

So what reason could David possibly have for wearing sunglasses to lunch? Inside?! Was he high? Did he have a black eye? Was his salad too bright? Was it Jenelle’s radiant beauty?

The current girlfriend of Jenelle’s ex Nathan Griffith even got in on Sunglassgate — right after defending her beau Nathan against accusations that he is an alcoholic. “I have a masters degree in mental health counseling, currently work as a substance abuse counselor… and preparing to get my phd, I think I would recognize if my boyfriend had an alcohol problem,” she tweeted. She then adeptly diverted the shade from Nathan to David: “I do recognize when sketchy people wear sunglasses inside tho ?”

Jenelle responded to the “sketchy” comment by tweeting “Hello sweetheart nice to meet you too. Next time get out of your car and shake my hand or something. Who’s really the brat?”

Hmmm…that didn’t clarify anything! Well, except for the fact that Jenelle and Ms. Lanhardt have apparently never met. Of course, not getting out of the vehicle when Nathan see Jenelle does not always guarantee there won’t be a “meeting!”

Back to Sunglassgate… People kept theorizing and conspiratizing until Jenelle FINALLY did clarify exactly what was going on:

Those are prescription glasses, Transition lenses lol this is when David was in school for a short time and met on his lunch break. https://t.co/Wn4km0lSz5

A-ha! They were prescription transition lenses from when David was in school for a short time and he was on his lunch break! Mystery solved! I don’t see how any Jenelle conspiracy theorist could doubt an explanation directly from her, right? 😉

BUT WAIT! we zoomed in on the reflection in David’s super dark sunglasses and think we have have discovered something new… 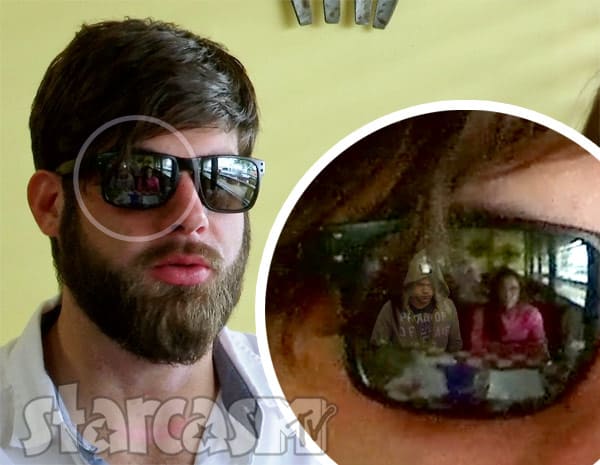 Personally, I thought the whole scene was hilarious. David looked like he was a guitarist from ZZ Beatles as he used a knife and fork to cut and continually push a salad around on his plate. It didn’t occur to me to look for a sinister cover up or anything. (It was pretty bright in the restaurant — I think bright enough to turn his transition lenses dark.)

UPDATE – The newest theory is that David was wearing his normal glasses under his sunglasses, dispelling Jenelle’s explanation:

Then can you explain why he's wearing transition glasses over his regular glasses? Incredibly curious! pic.twitter.com/71Osbqa9Sf

Jenelle tweeted and deleted this response: “Lmfao no he wasn’t. Why would he even do that? ?”

Meanwhile, we are so proud to reveal that this post has been nominated for a Randy Award for Photoshopping! From Dr. RanD MC himself:

by far, your best Photoshop to date