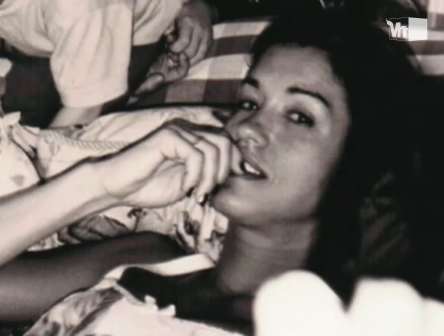 Former supermodel Janice Dickinson joins Rachel Uchitel, Jeremy London, and others tonight on the premiere of Celebrity Rehab with Dr. Drew Season 4, and she deals with some pretty tough issues.

Already damaged from physical, emotional, and sexual abuse from her father, she took advantage of the readily available alcohol and cocaine at every shoot and party when she was a highly sought-after supermodel in the eighties.

Her problems with alcohol have lingered, but she’s also added dependence on a variety of prescription medications. Prescription pill addiction can really sneak up on you, especially if you have an addictive personality. When you go to the doctor for sleep, anxiety, pain, or any number of issues, you’re often prescribed medication upon which you can become mentally and physically addicted.

When Janice arrived at rehab, already experiencing a distressing withdrawal from Ativan, she unloaded an armful of pills.

Now faced with the opportunity to become free of chemical dependence for the first time in a very long time, Janice now faces a much tougher task: dealing with the underlying emotional trauma stemming from a childhood of horrific physical, emotional, and sexual abuse at the hands of her father.

She tells the camera:

During a therapy session with Dr. Drew, he assures her that many drug addicts have abuse in their background, and that he can help once she gets off of her substances.

The televised rehab stint definitely isn’t a easy road for Janice. She ends up locking horns with fellow cast members Frankie Lons and Rachel Uchitel, and at some point she contemplates suicide.