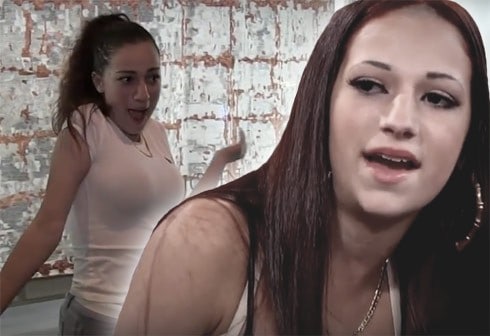 Danielle Bregoli, the teenage girl whose hard-to-decipher challenge of an entire studio audience went viral, will be making a return appearance to the Dr. Phil show.

For those of you who managed to miss it, here’s the clip of Danielle reacting to cat calls from the audience after she called them a “bunch of hos” with the now legendary response, “Cash Me Ousside, howbow dah?”

Just like the tail end of that clip, all kinds of variations of musical remixes and reaction videos starting popping up and popping off on the internets. In a short period of time, Danielle became the biggest meme of 2017 and Dr. Phil’s cashing in on that meta fame by having her back on his show.

Here’s the preview clip, which already has millions of views on Facebook of course:

TMZ caught up with Miss Bregoli outside of a restaurant named Catch (well played) in Los Angeles and she wound up threatening all of the paparazzi before getting in her ride! “Alright. Y’all gotta stop blinding me or I’m gonna punch one of y’all in y’all’s sh*t,” she warned.

You can “cash” Danielle “isside” your TV next week on Dr. Phil.

Jillian Michaels to join Dr. Phil and co-host “The Doctors”