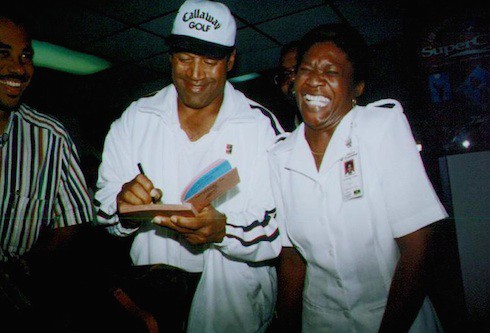 Can OJ Simpson be tried again with new evidence? The question came up earlier this year, thanks to the revelation that a knife had been found on OJ’s former Brentwood property–and it’s being raised once more, thanks to the 22nd anniversary of Nicole Brown and Andrew Goldman’s murders, and the slew of OJ-related television programming that’s aired of late.

This past March, a knife that had allegedly been found at OJ’s former house during its 1998 demolition was brought forward by a retired LAPD officer. The officer apparently kept the knife as a memento, and had it on display in his house for years; reportedly, he hadn’t felt a pressing need to turn it into his superiors because OJ’s trial had been concluded three years earlier, and he thought the knife could have no bearing on what had already taken place. 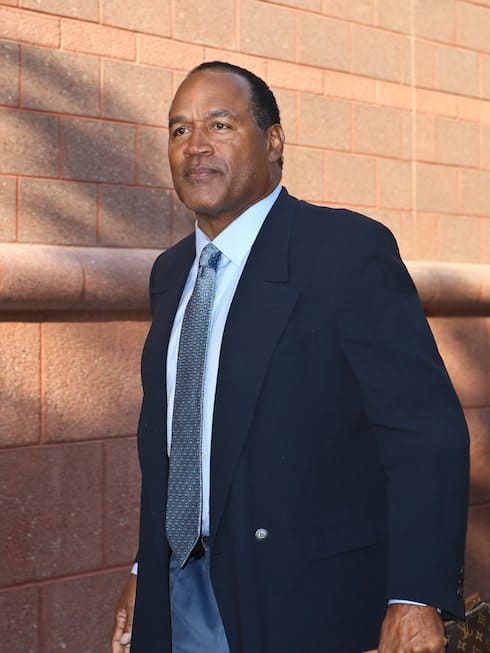 Technically, thanks to the Fifth Amendment of the US Constitution, that contention is accurate. Explained Peter Arenella, a professor at the UCLA Law School, “Even if there is forensic evidence that demonstrably shows the blood of OJ Simpson and Nicole Brown on the knife, the double jeopardy clause of the US constitution prevents Mr Simpson from prosecution. Mr Simpson will not face any additional criminal liability.”

The text of the Fifth Amendment–courtesy of the Cornell University School of Law–is below; the relevant passage is in boldface:

No person shall be held to answer for a capital, or otherwise infamous crime, unless on a presentment or indictment of a grand jury, except in cases arising in the land or naval forces, or in the militia, when in actual service in time of war or public danger; nor shall any person be subject for the same offense to be twice put in jeopardy of life or limb; nor shall be compelled in any criminal case to be a witness against himself, nor be deprived of life, liberty, or property, without due process of law; nor shall private property be taken for public use, without just compensation.

However, because everything has a loophole, there is a possibility that Simpson could be charged on related grounds, as Michael Brennan, USC law professor and criminal defense attorney, recently said. Since the state of California was the entitity that brought charges against OJ back in 1994, California can’t try him for murder a second time. “The only exception,” Brennan said, “is…if you are acquitted in state court of a crime, there is the possibility of federal prosecutors prosecuting you in federal court for violation of a victim’s civil rights. That seldom happens, but it is a possibility.”

And, as Lawrence Kobilinsky, professor of forensic sciences at the John Jay College of Criminal Justice, explained, it’s highly unlikely that the discovery of such an old piece of evidence would have ever amounted to much, for one simple reason. “This [knife] is 22 years old, and evidence that is 22 years old could be greatly compromised.” In addition, although “DNA is a very resilient substance,” Kobilinsky added that “Soil has a component that decomposes DNA.”

Because of that component, added Brennan, it’s also unlikely that anyone other than OJ could be charged for the murders. “DNA of the victims and DNA of a third person probably wouldn’t be sufficient for [officials] to charge a person with the homicide,” he said, “because you need more than that type of evidence. I would think it would be unlikely.”

RELATED ARTICLES: Are OJ Simpson and the Kardashians still friends?

Why does Keeping Up With The Kardashians have writers?