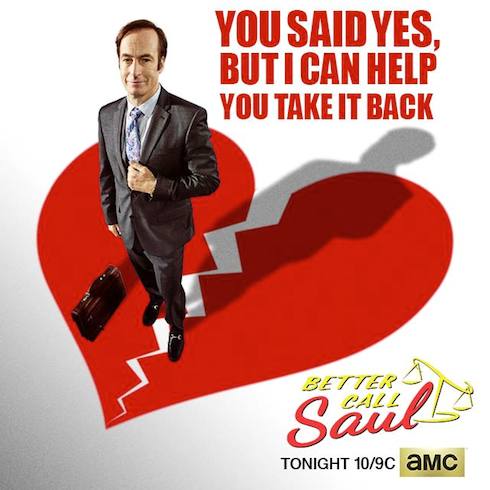 Is Saul Goodman real? Is there a real-life person upon whom the legendary lawyer of Breaking Bad and Better Call Saul fame is based? The answer is complicated, because there are so very many scurvy shyster lawyers in the world, and Saul is an amalgom of all their wonderful, horrible traits. But there are some real-life attorneys whose client list and courtroom manner bear striking resemblances to Saul Goodman, and we’ve got one of the best.

The “Is Saul Goodman real” question has been getting extra attention lately not just because of the return of Better Call Saul on AMC, but because of an entertaining, intriguing, and occasionally jaw-dropping VICE documentary. The news organ compares Howard Greenberg, a crazy-haired New York City attorney with a penchant for odd attire and a take-all-clients attitude, to Bob Odenkirk’s TV persona. Greenberg is a veritable fount of quotable, lawyer-y lines, among them:

“There are no moral victories in this business. If you don’t win, it’s a disaster for the person. You have to win.”
“If I impart to a jury the impression that if their a** was in a sling they would want me sitting next to them, I can do whatever the f*ck I want.”
“Hard work, in this business, makes up for a lot of sins.”
“If I take your money, you get all of me. I want to win.” 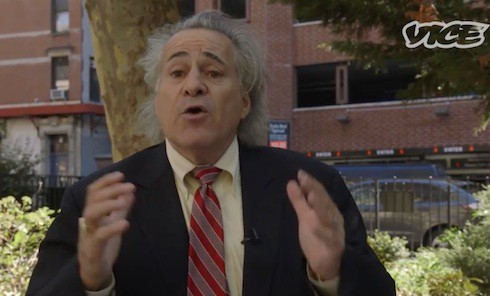 VICE’s exposé doesn’t answer the “Is Saul Goodman real” question, but it does complicate that question, inasmuch as it’s a long look at a real person who doesn’t blink before doing some of the same things the fictional Saul needs a deep breath before engaging. The final third of the film, for example, considers Greenberg’s objective defense of a man accused of murdering and dismembering an eight-year-old boy. The film’s narrator calls Levi Aron’s murder of Leiby Kletzky one of the most heinous and notorious in recent New York memory, but Greenberg talks of his client exactly as he does any other–in fact, he bemoans Aron’s willingness to take a plea bargain rather than go to trial. If you only watch ten minutes, watch the final ten–but you should really do yourself a favor and check out the whole thing:

Elsewhere, Howard Greenberg is asked if he’s offended by the comprarison with Saul Goodman. His response is revealing: “No, not at all. I don’t need to cheat to win. I’ve got a method that seems to work. And I can teach any lawyer to battle the government to a standstill with a pair of deuces.”

Of course, Howard Greenberg is not the first attorney to be held up as the (possible) answer to the question of whether Saul Goodman is real. Nor is the question limited to American attorneys, as a recent Telegraph exposé made clear. There are “many Saul Goodman characters among the local criminal defence solicitors,” claims the British publication, “doing mostly legal aid cases.” And, much like Saul Goodman himself, the writer of the Telegraph piece (which writer made his journalistic bones as a court reporter) notes that the preponderance of British Sauls “come up with excuses for their clients’ behaviour that…read straight out of a Better Call Saul scriptline,” and likewise “[enjoy] minor celebrity status in the local criminal underworld.” 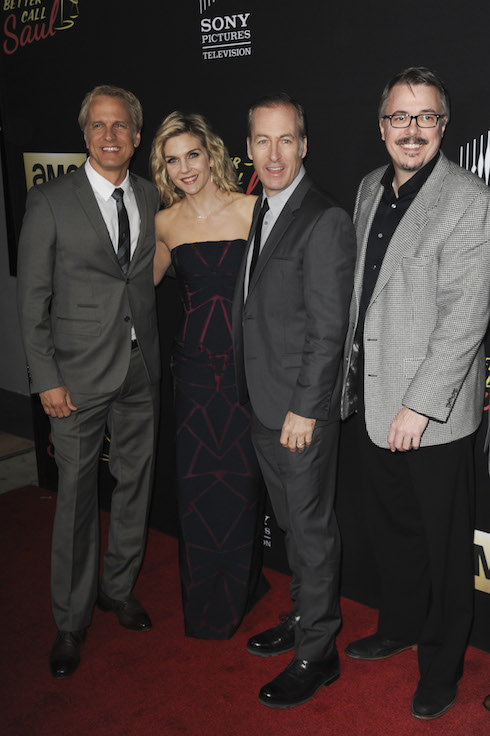 That last point is part of the thrust of the VICE piece, as well: the suggestion is that wherever there’s a criminal element, there will be a skillful criminal defense attorney willing to blur the line between legal and not. To that extent, then, you might be no farther away from your own Saul Goodman than a look inside your local telephone book.

A photo posted by Breaking Bad Locations (@breakingbadlocations) on Feb 2, 2015 at 12:15pm PST

Which is already the case in real-life Albuquerque, where a real-life attorney is doing his best to blur the line between life and art–and muddy the waters where the “Is Saul Goodman real” question is concerned. Area attorney Ron Bell has taken to modeling himself after Saul in post-Breaking Bad advertisements, though it’s not clear whether Goodman was modeled after Bell or Bell is simply having a bit of fun with Better Call Saul‘s popularity. (And, to be fair to Bell, his website and social media profile look rather less seedy than what we’ve grown to expect from Saul Goodman.)

In the meantime, you can watch the real Saul Goodman in action when Better Call Saul Season 2 airs Mondays at 10 PM on AMC.

What is Todd Chrisley’s net worth? Chrisley Knows Best patriarch bounces back from crushing bankruptcy case