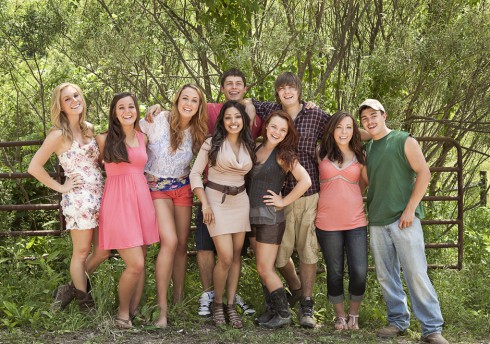 It’s official — MTV has a hit on its hands with the fun-lovin’ youngins from West Virginia! Buckwild premiered to huge numbers back on January 3, then took a slight dip before rebounding and holding steady with well over 2.5 million viewers tuned in for each of the last two episodes! 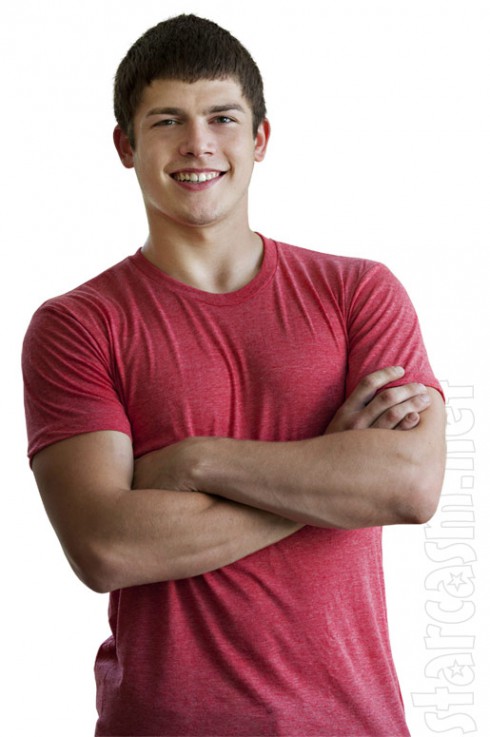 The first season of the series has twelve episodes, but they are only a half hour each and MTV has been airing them in back-to-back pairs each week, so that equates to just six weeks. There are two episodes tonight (numbers 9 and 10) and then next Thursday will be the series finales. Surprisingly MTV has yet to announce the future of the show, though it is assumed that it will be back in some shape or form for a sophomore go given the great (and consistent) ratings.

The “great” ratings are made even better when you look at the all-important “Adult 18-49 Rating” figures, which are what networks and advertisers use to measure the actual value of a show. Buckwild‘s 1.3 – 1.4 marks for the last three episodes were the top ratings for any original show on cable on the nights they aired! (TBS’s syndicated airing of The Big Bang Theory on the 24th and TNT’s NBA broadcast on the 17th were the only programs that fared better.)

But enough with all the numbers and ratings jargon, here are the Buckwild ratings by episode for Season 1 followed by a graph:

Here is the graphic of the Buckwild ratings by episode for Season 1: 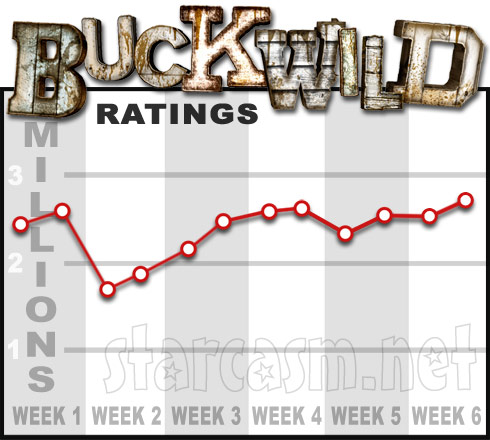 In an earlier post I compared Buckwild‘s ratings to the premiere seasons of other MTV reality shows such as Jersey Shore and The Pauly D Project (as well as TLC’s Here Comes Honey Boo Boo). Our site had some sort of technical glitch (our post table got corrupted — or something like that — for those techies out there who must know) and I was unable to update that post for a couple weeks. But, it is updated now, so click the link to see how Buckwild numbers measure up!