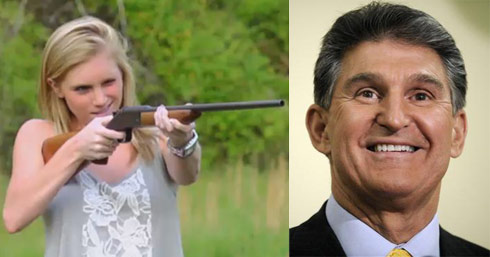 We have covered a seemingly bottomless amount of new reality shows over the years we’ve been up and posting. I can say, without hesitation, that never have I seen more backlash and all around grumbling about an as-yet-aired show than what MTV’s Buckwild is facing.

If you missed the trailer for the show, which apparently is what everyone is basing their judgements upon, we have 9 young adults cuttin’ up in the area of Sissonville, West Virginia. There’s partying, a pool constructed out of the back of a big truck, random tire-rollin stunts, some overt sexual behavior and other forms of random acts of wildness. That’s it, no gratuitous violence, nudity, uncensored foul language; just a group of kids with the resources of a network having a blast.

We first reported on the show when the state refused tax credits for filming because of the fear of perpetuating negative stereotypes of the citizens from West Virginia:

Now Senator Joe Manchin has climbed on board with what appears to be a popular opinion of his constituency. He’s even gone as far as to pen a letter to the president of MTV, Stephen Fiedman, requesting that he “put a stop to the travesty called Buckwild.” Manchin stated in part:

“As a U.S. Senator, I am repulsed at this business venture, where some Americans are making money off of the poor decisions of our youth,” Manchin wrote. “I cannot imagine that anyone who loves this country would feel proud profiting off of ‘Buckwild.’ Instead of showcasing the beauty of our people and our state, you preyed on young people, coaxed them into displaying shameful behavior — and now you are profiting from it. That is just wrong.”

Many of those opposed to the idea of the show are relating it to the popular documentary The Wild and Wonderful Whites of West Virginia which followed the doings of the notorious family from Boone County. Those folks are legendary lawbreakers, a completely different breed from the kids who form the cast of MTV’s new show. 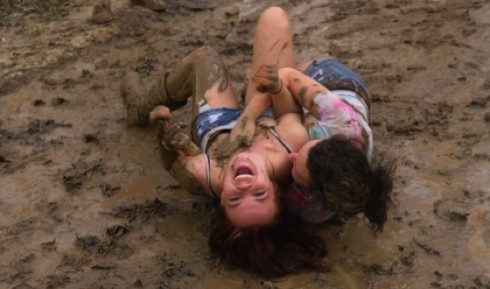 I grew up in rural Northwest Florida, known unofficially as the “Redneck Riviera,” and after turning 21 while in college I know I had my fair share of “buck wild” times. We were just kids looking for something to do that usually involved alcohol and creative means at being rediculously silly. We weren’t hurting anyone, we had a mind to make sure someone capable could drive and I have no regrets about blowing off the steam of simply being of that age and still lingering around the town I grew up in.

Best I can tell, this scene plays itself out in small towns and big cities all across America and beyond. I appreciate those who do not want their lives being defined by whatever might air on the show, remember it hasn’t aired yet, but calling it a travesty and preying on young people? I just don’t see that.

In the end this is entertainment, a TV show, and by all accounts the kids from the show are not puppets in an evil network conspiracy. Some of the cast members are attending or have graduated from college and they’ve even got a prom king who loves his momma who missed the dance to work. They aren’t fools and from my research most of them display a great sense of awareness about their lives, the show and a refreshing ability to laugh at themselves and the wild times viewers will see.

Most of my family is from just across the border in Southwest Virginia. I’ve seen the intense beauty and have met some of the most kind and good-hearted people, who didn’t know me from Adam, while spending time in the great state of West Virginia. My real life experience informs my opinion of those proud to call West Virginia home. Nothing that I’d see on a TV show would change that.

As a proud West Virginian, I am writing to formally request that you put a stop to the travesty called “Buckwild.” As a U.S. Senator, I am repulsed at this business venture, where some Americans are making money off of the poor decisions of our youth. I cannot imagine that anyone who loves this country would feel proud about profiting off of “Buckwild.”

Instead of showcasing the beauty of our people and our state, you preyed on young people, coaxed them into displaying shameful behavior – and now you are profiting from it. That is just wrong.

This show plays to ugly, inaccurate stereotypes about the people of West Virginia. Let me tell you: our people have given their all for this great country. They’ve done the heavy lifting to produce the energy that is needed to produce the steel that builds our factories and cities. The proud veterans of our state have shed more blood and made more sacrifices than most other states to keep America free. We’re proud of all we do to make America strong and secure the cherished freedoms that you seem so determined to abuse.

Your program offers nothing about the major issues of our time: how we move our country forward, how we prepare young people to lead this country and take responsibility for themselves and how we put our finances in better shape for the next generation. I am writing to urge you to reconsider airing this show. I hope that as you consider your decision, that you would consider your own state, your own community and your own children. Would you try to portray them in this light?