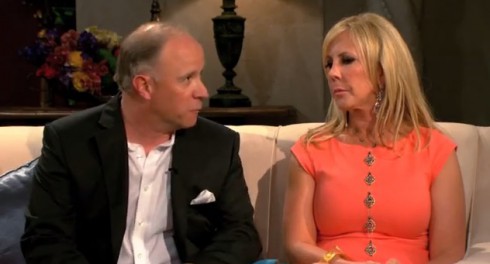 Real Housewives of Orange County star Vicki Gunvalson says on-again/off-again boyfriend Brooks Ayers fills her love tank — that just might be the only kind thing he does for her. It seems the rest of Brooks’ time is spent insulting his girlfriend and getting tied up in a sketchy murder-for-hire plot.

Those around Vicki have long been disenchanted with the Southern beau who supposedly swooped in to restore Vicki’s faith in romance after a passionless marriage. On the final RHOC season reunion tonight, Vicki’s own daughter, Briana, goes head-to-head with Brooks.

In a preview video posted by Bravo, Brooks explains that both he and Vicki crossed the line by getting involved before her marriage to Donn was formally over. Briana doesn’t seem particularly pleased with his apology, but she had an even bigger bone to pick with Brooks: How does he explain his drunken tirade against Vicki?

“I’m sorry for disrespecting your mom in any form and fashion that you think I am,” Brooks said. “We all have said things, done things, drunk, angry or whatever that we wish we could take back.”

“What did you say to my husband… To do to me?,” Briana responded.

“I didn’t tell your husband anything that I’m not sorry for.” 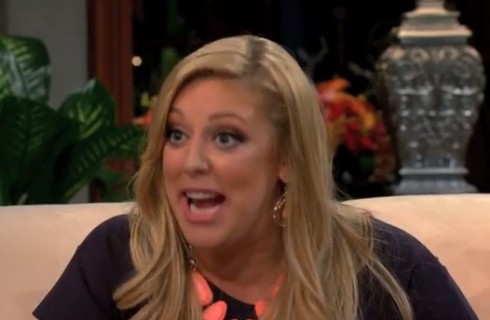 “You told my husband to start hitting me and you’re not sorry for that? It’s on recording!”

After a lot of back-and-forth and the other housewives showing their disgust, Brooks admitted to saying that… But tried to validate it by adding he was drunk and angry.

After listening to the tape, which was obtained by Radar Online, that is a laughably poor apology.

In the exchange between Brooks and Briana’s husband, Ryan Culberson, Brooks calls Vicki a “f**king w***e” and says he’s going to “f**king beat her a**” when he sees her. Ryan told Brooks “that ain’t right,” but Brooks kept at it.

“Well, you probably should do,” Brooks suggests.

Pretty easy to see why Briana would be upset with that. Not only did Brooks say horrible things about her mother, but he did (plainly and clearly) suggest Briana’s husband start beating her like “we do in the South.”

Brooks has since issued a statement to Radar Online to apologize…

“I want to sincerely apologize to everyone for my actions that have recently been made public,” Brooks says. “For those who have been a victim of domestic abuse and/or been with someone who, at times, drinks too much, I know that the memories of those times are horrific… I was exposed at an early age to abuse and I can assure everyone that I do not, in any way and/or under any circumstance deem it okay to abuse anyone,” he said. “For the record, I have never abused anyone or had a domestic abuse issue.”

Then again, for a guy who’s tangled up in a murder-for-hire plot, these comments were relatively tame. According to papers filed in a Las Vegas court by Robert Williamson III, Vicki’s former partner in the Vicki’s Vodka biz, Brooks “threatened Plaintiff (Williamson) and his wife’s life” and “hired a hit man to kill plaintiff.” 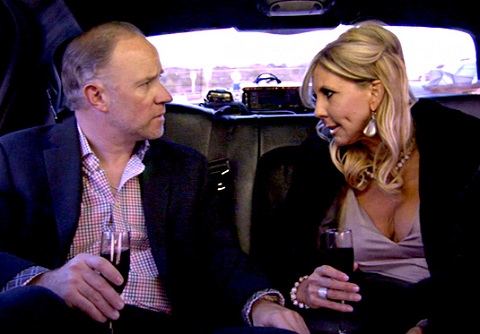 Brooks counter sued and claimed he “was publicly vilified and humiliated and has suffered substantial damages in the form of pain, suffering, anguish and lost business opportunities.”

Sorry, Brooks, but it seems there’s only one person responsible for your “public vilification.” (Hint: He’s staring back whenever you look in the mirror.)