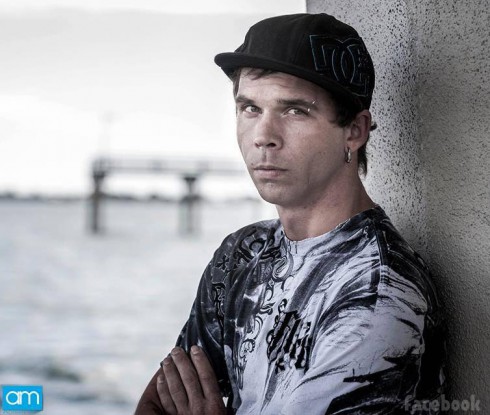 Making it even more jaw-dropping was the fact that Jeremiah Raber was live tweeting the entire thing, and as you would expect, he didn’t hold back! Early in the show the question of whether or not Rebecca had slept with Abe’s brother Andy (something Andy had admitted on the show), and when Rebecca appeared to sort of deny it, Jeremiah tweeted, “You slept with Andy…u even told me. Lying b!tch”

Later, when Andy said again that he and Rebecca had slept together a few years ago, Rebecca admitted it was true, although she said she was drunk at the time and doesn’t even remember it. After that confession, Jeremiah wrote, “Pop she did sleep w him lol” (I think it’s safe to say Jeremiah and Rebecca are not getting along these days.) 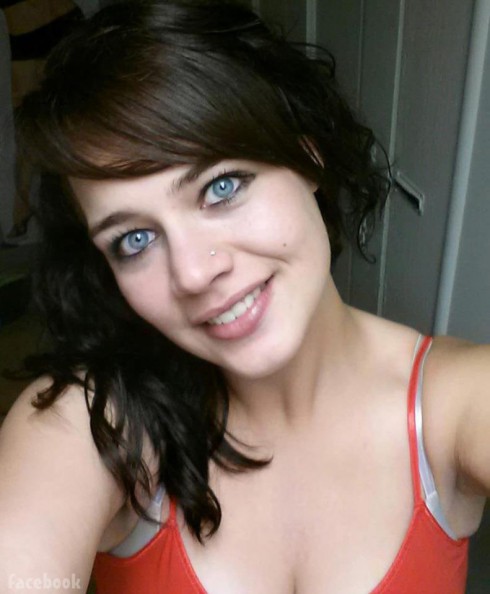 But of course, Jeremiah’s reactions to his ex Kym Boggs (above) were even more revealing! He kicked his commentary off by declaring “Get the f*** off stage b!tch.” Kym then questioned Jeremiah’s statement that he has only slept with 13 women and she began naming names, including “2 Liter Tiffany,” who apparently earned her moniker because she got really intimate with a 2-liter bottle.

“Who’s 2 litre. Tiffany!” a fan tweeted at Jeremiah, to which he replied quite simply, “its a lie.”

Kym and Jeremiah’s interactions escalated to the point where Jeremiah revealed that Kym had actually served time in jail because of something she had told police about him! So what was it she said and how much time did Kym have to spend behind bars? “Ten days in jail for false accusation of rape. b!tch,” Jeremiah tweeted.

An astonished fan responded with, “tell me someone did NOt accuse you of that!” and Jeremiah replied by writing, “yes she did.” (He would also add on Facebook, “ten days in jail for false accusation of rape against me. so yes i hate her….js”)

Wow! So Jeremiah is saying Kym falsely accused him of rape and served ten days behind bars because of it! Something tells me these two had a relationship that words like “tumultuous” and/or “turbulent” would come nowhere close to describing! (Can you say “spin-off?”)

UPDATE – Kym caught wind of Jeremiah’s commentary and offered up her account of what happened on Facebook:

Since jeremiah wants to talk sh!t about me and not tell the true story I’m going to tell you all what happened. I was in a bind between two men I loved. So I went to a so called friend of mine and asked for help and she couldnt stand him and b!tched me out for it and then she brought me something to drink and after that I remember nothing. She had drugged me. I woke up at my moms house hours later not knowing why I was there. I asked my mother why I was there n she was in shock and said ” you dont remember anything?!” I said no. She told me everything that happened and I was in complete shock. I called jeremiah immediately and he came and picked me up. And we talked for hours in the middle of the night & at 8 oclock next morning I called the police and asked to meet up with an officer on the case. So I met up with them and told them that I had no recollection of what had happened. They said I barely talked and that my friend had done most the talking. Charges were dropped against jeremiah. I went to jail for 10 days yes, but it was my mistake for getting in that situation to begin with. I just want everyone to know the truth even if it makes everyone hate me. I’d rather people hate me for the truth than hate me for lies.

Getting back to Andy Schmucker, he had a big announcement himself — he will be joining the cast of Breaking Amish: LA as one of six men and women leaving their respective Amish and Mennonite communities to try the “English” life in Los Angeles in the second season of the show! His inclusion is something the network had kept hidden until “The Shunning Truth” finale special, with Andy not being included in the preview trailer or any of the cast bios. So we will be seeing Jeremiah’s other ex-girlfriend (cough, cough) Iva and Abe’s brother Andy! (It’s actually sounding pretty good so far!)

UPDATE – Andrew seemingly made up with his brother Abe and Rebecca on the show, and Rebecca later talked about making amends on Facebook:

Well I have lost my energy to fight and I’m tired of being blamed for things I don’t do. It’s exhausting and I give up. If I’m a horrible person and a genuine controlling bitch then I guess that’s just what I will accept. I can live with being the bad guy cause at least they are not hating Abe and treating him like crap.