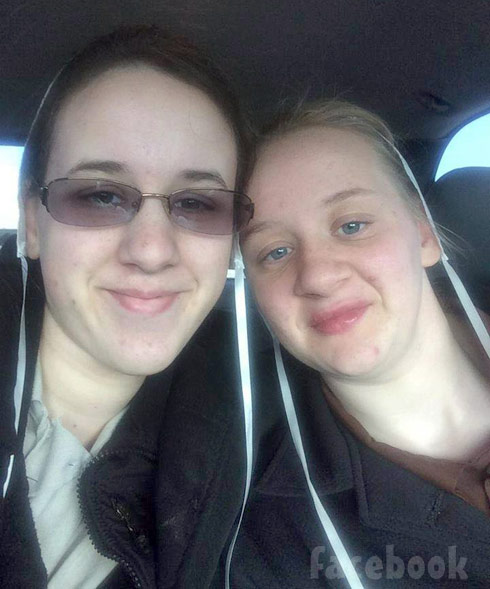 Breaking Amish and Return to Amish sisters Katie Ann and Esther Schmucker were involved in a serious car accident earlier today. Sources close to the family first broke the news on Facebook, revealing that both Esther and Katie Ann were life flighted to a hospital after the accident.

The siblings’ sister-in-law, show star Rebecca Schmucker, confirmed the reports this morning on Twitter. “The Schmucker family needs a lot of prayers right now,” she tweeted just before noon. “Esther and KatieAnn have been in a car accident and we are praying they will be ok. TY.”

Rebecca later updated fans with some good and some bad news. “KatieAnn is ok!” she wrote at approximately 3:10PM. “I’m with her now and she wants to go home. Esther is still being worked on. Thank you for praying!”

UPDATE – Some VERY positive news from Rebecca on Twitter!

Yay!! We are taking them home!!! They are very sore but y'alls prayers were heard and we Thank God they are ok! TY pic.twitter.com/ZH2O08rVEO

Here is a frightening photo of the cars involved in the accident:

KatieAnn's car is def totaled! These are both cars that were involved. I'm glad the girls are home! pic.twitter.com/VoVBZu2Cec

OK, back to our original story already in progress…

Here is a photo of Katie Ann and Esther with Mama Mary Schmucker: 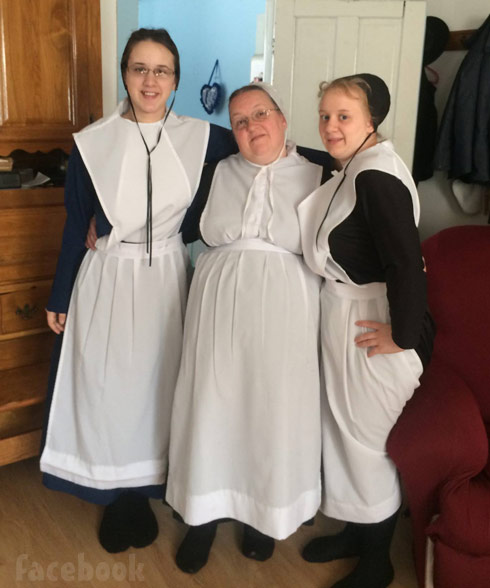 A few hours before Rebecca’s initial tweet about the accident, Katie Ann took to Facebook to announce: “I’m so proud of my little sis she passed her driving test.”

Our thoughts are with the Schmucker family and we wish Esther a very speedy recovery!