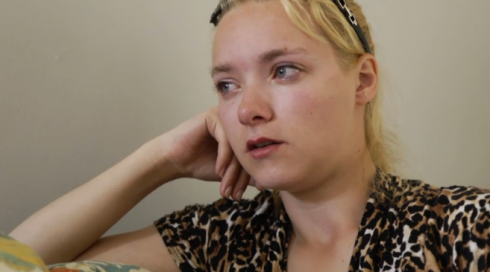 On TLC’s Breaking Amsih: Brave New World, there is a lot going on that doesn’t make sense (like why did they move in with Amish people in Florida?,) but there is a lot of genuine drama happening with these kids, most notably Rebecca’s intense jealousy of Kate, who not only has a promising modeling career, but is proving to be the most mature of the bunch.

Rebecca’s jealousy got so intense that she ruined a great moment for her sister-in-law Katie Ann, who is leaving the Amish and sought some fashion advice from Kate for her new English wardrobe.

On tonight’s episode, Rebecca finally acknowledges her jealousy. “I was being extremely selfish. I didn’t even realize I was doing it,” Rebecca explains to Kate during a contrite moment. “I’m jealous of you because you’re the one who has the career.”

“You’re the model, you’re the good-looking one, you’re the one who knows everything and is more English than all of us,” Rebecca says as she breaks down in tears. “It makes me insecure because you know what you want to do. You had all of that in order. I don’t know what I want to do, and it just makes me feel so dumb.”

It’s pretty amazing for Rebecca to admit all that! Maybe now she can move on from those feelings and focus on bettering herself instead of festering over what Kate’s doing.