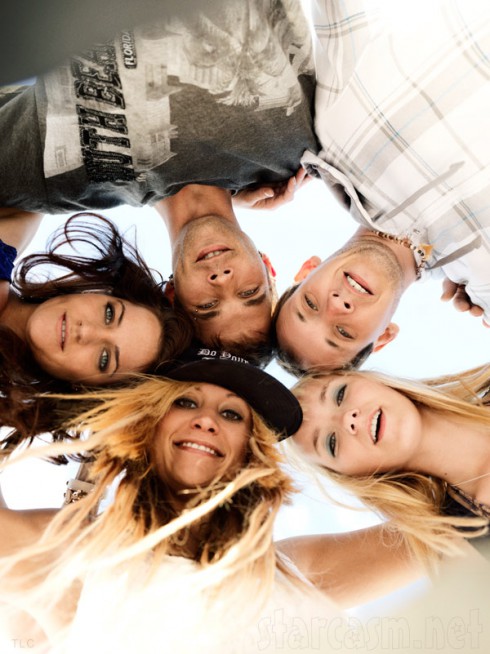 This Sunday the five stars of TLC’s breakout reality hit Breaking Amish share the next chapter of their lives as Katie Stoltzfus, Jeremiah Raber, Sabrina High, Abe Schmucker, and Rebecca Byler head down to Florida for Breaking Amish: Brave New World. The network released a trailer for the show a couple weeks ago and now we have the first official photos!

Above we see the entire cast huddled around the camera, including a blonde Sabrina. Next we have the gang at South of the Border located just of Interstate 95 just south of the North Carolina/South Carolina state line. Could it be that the cast traveled down to Florida together? Now that’s a road trip that I’m sure would make for some great television! (I’m imagining a scene where Kate returns from a convenience store to find Sabrina has moved out of their seat amid allegations Kate had been flip camming her while she slept.) 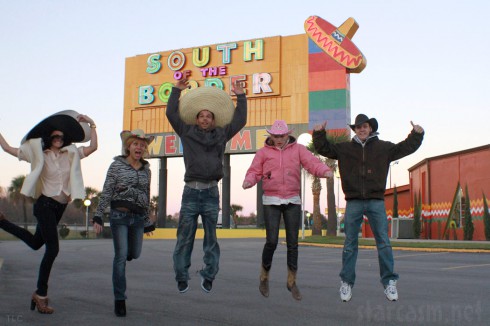 Oddly, all of the rest of the photos feature Jeremiah, most of which include what appear to be his girlfriend! Or I suppose that could be his ex-wife and mother of his three children, Naomi Stutzman — she was living in Florida the last time we heard from her. Either way, it appears as though Jeremiah has moved on from Sabrina. It also appears that in addition to being able to drive a car, Jeremiah’s got bicyclin’ skillz too! 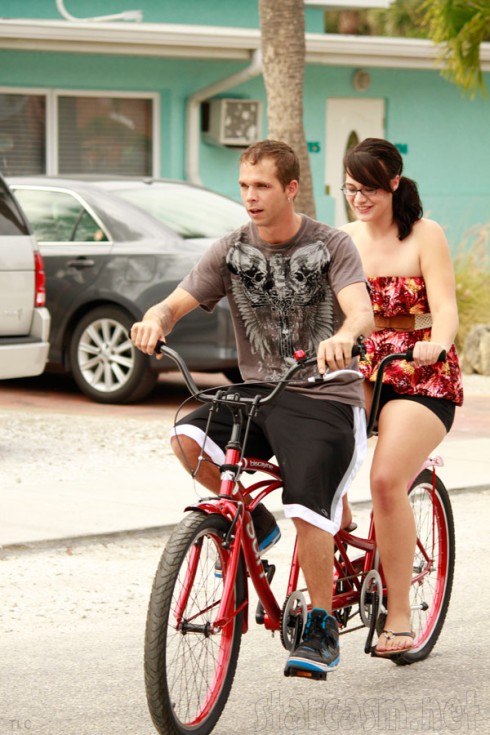 UPDATE – We think we now know who Jeremiah Raber’s girlfriend is! Click here to find out what we know 🙂 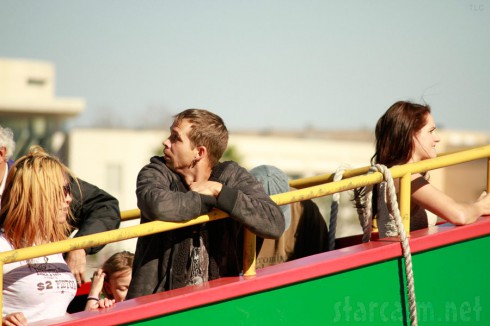 (New York, NY) In season one of BREAKING AMISH, TLC introduced viewers to five young men and women who chose to leave their sheltered Amish and Mennonite lives to experience New York City together for the first time. The series broke records for the network, becoming the best performing freshman series ever, with an average of 3.2M P2+ viewers. Now, TLC is confirming that the recent filming with the original cast members will premiere as a new spin-off series titled BREAKING AMISH: A BRAVE NEW WORLD, and that the network has also selected a new cast who are looking to explore the world beyond the Amish community for a second season of BREAKING AMISH. 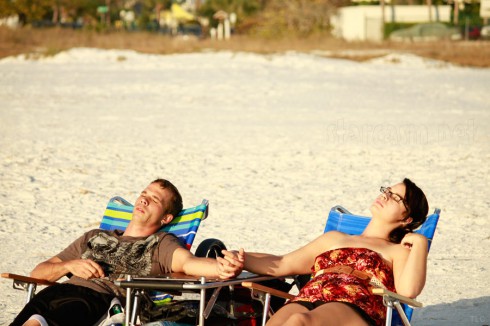 BREAKING AMISH: BRAVE NEW WORLD, premiering Sunday, May 12 at 10pm ET/PT, finds original cast members Abe, Rebecca, Kate, Sabrina and Jeremiah reuniting, and expecting to make a fresh start in Sarasota, FL – home to a large ex-Amish and Amish community. But, they are surprised to discover even more culture shock and unexpected challenges. The series exposes more relationship conflict, dramatic moments between the roommates, surprise visits, financial struggles and major decisions as this group tries to acclimate to their new “English” lives in yet another unfamiliar city.

TLC has also selected a new group of young Amish and Mennonite men and women who are eager to live a life beyond the limited upbringings they’ve known. The cast will consist of three women and four men, with production on the new season of BREAKING AMISH starting this spring. The series is scheduled to premiere later this summer. “The BREAKING AMISH franchise is a remarkable look at individuals facing a critical crossroads in their lives, whether to pursue the dreams they’ve always had, or stay in the only life they’ve ever known. Both iterations of the series follow a group of young men and women on their own journeys of self discovery as they navigate new relationships and explore the world around them,” said Amy Winter, GM, TLC. 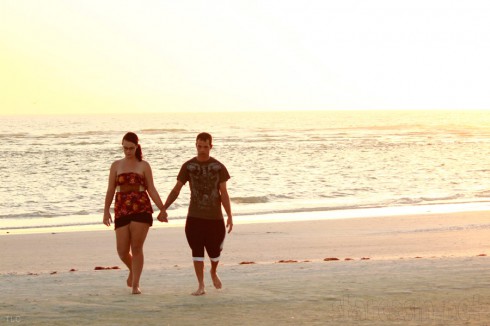 Both BREAKING AMISH series are produced by Hot Snakes Media for TLC.