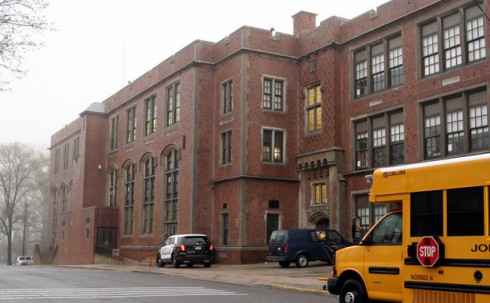 Sixty-two seniors from Teaneck High School in New Jersey were arrested this morning following a night of pranks on the property. The debauchery that earned 24 of the 18-year-old students burglary and criminal mischief charges? Greased door knobs, overturned desks, broken chairs, graffiti, heaps of balloons and silly string, hot dogs taped to lockers and — grossest of all — urine on hallway floors.

“They’re all in some pretty serious trouble,” Teaneck Sgt. John Garland told reporters, according to NBC 4. “They’re learning the hard way that it’s not too funny.” 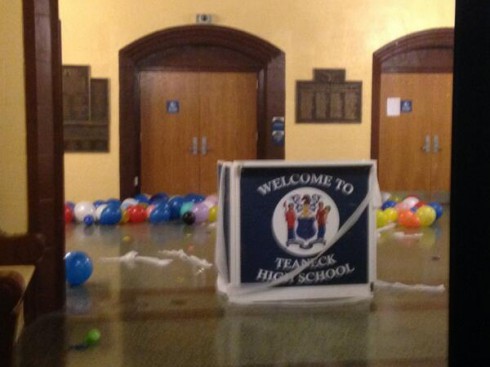 Garland added he’s heard of a lot of senior pranks, but the scale of this went above and beyond anything they could let slide.

The participating students are also getting condemned by some classmates, who say this is a poor reflection on the other 280 in their class.

A Teaneck High School student said on Twitter of her peers, “The fact the whole senior class is getting blamed for two students actions out of 340 seniors is beyond annoying.”

Two of the students who participated countered the arguments, saying it was mostly all in good fun.

“We blew up balloons, moved desks around, and stringed up lockers together, and next thing you know police are everywhere,” both students were credited as saying to CBS2. One of them is an adult and facing burglary/criminal mischief charges.

On top of charges from the police, the school superintendent said the district is considering taking its own measures against the students — possibly barring them from graduation or withholding their degrees.