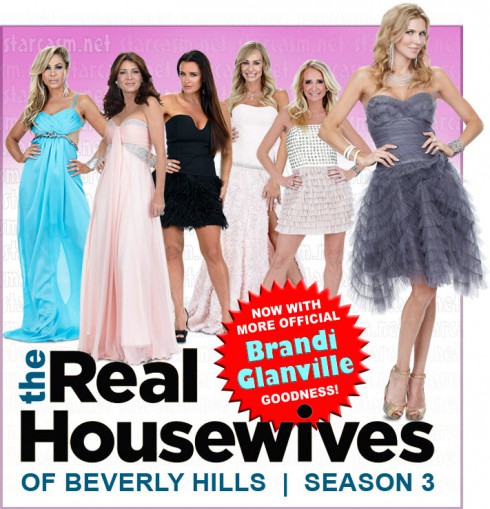 Get your laser pointers ready y’all because Brandi Glanville is coming back! Radar Online is reporting the super sexy sassy former model with no bra to hold her breasts and no ability to hold her tongue will be back for The Real Housewives of Beverly Hills Season 3 as an official “Housewife,” ditching the probationary “friend of the housewives” title she was given in her Season 2 debut.

“They’ve offered her a full time role and she will be included in the promotional cast photos and will have her own introductory segment at the beginning of the credits. Brandi is absolutely thrilled.

“She’s been really popular on the show, even though she was just a minor cast member, and producers decided it was definitely worth giving her more air time.

“You can expect plenty of drama and ‘oh no’ moments! Brandi really knows how to bring it and she’s going to add some real glamor and sparkle to the new season.”

I’m loving this news! After Camille abandoned her role as villainess by retreating into her shell of politeness and drama aversity, the show desperately needed a catalyst to fuel the small dramas on the show – and that’s exactly what Bran Glan brings to the table. There will always be the season-long “big” dramas, but Brandi is that X factor that can do or say absolutely anything at any event that could start drinks being thrown, wigs getting pulled, and tables being flipped. Plus, I’m a dude, and as much as I love all the drama by Bravo type stuff, I’m also a helpless admirer of damn superfine – and Brandi is without a doubt damn superfine! 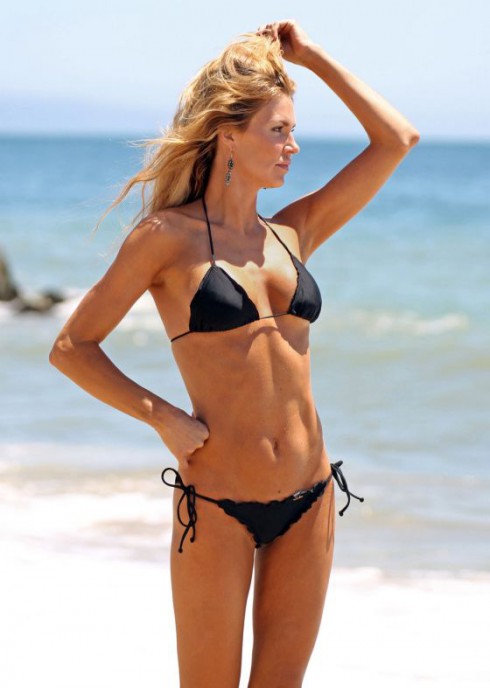 I only hope Bravo allows Brandi to have a gal pal on the show, otherwise she might wind up a bit of an island among the “vets” on the series. My vote (motivated by both my love of drama and the afore-mentioned admiration for the superfine) is for Brandi’s bestie Jennifer Gimenez, who appeared a couple times last season. (UPDATE – On April 29 Brandi tweeted, “Evewryone please watch &wish @JenniferGimenez goodluck today as she goes off to star on Vh1’s Sober house and whip these addicts n2 shape!” Good for Jennifer, probably bad for her chances of being on RHOBH much.)

In case you missed it, record producer David Foster’s wife Yolanda Hadid will also be featured on The Real Housewives of Beverly Hills Season 3, although it has not been officially determined if she will be an actual full-fledged “Housewife” or a “friend of the housewives” like Brandi and Dana Wilkey (oof) started off as.

The Brandi Glanville and LeAnn Rimes feud: A timeline