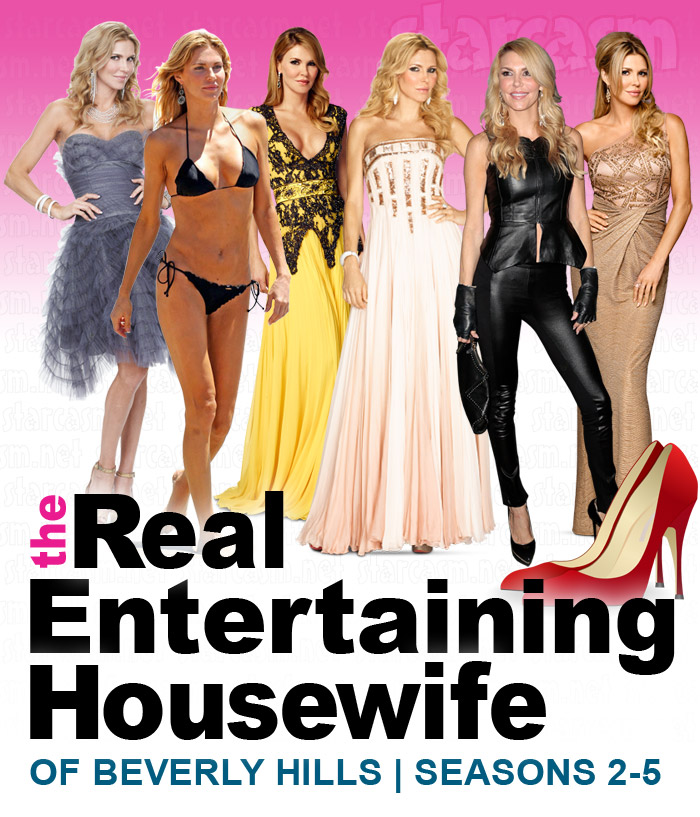 One the most polarizing figures in reality TV history is officially hanging up her Louboutins. Earlier today Brandi Glanville confirmed earlier reports that she is leaving The Real Housewives of Beverly Hills. Brandi has been the catalyst (cattylyst?) for nearly all the show’s drama since making her grand entrance as a “Friend of the Housewives” alongside less-provocative Dana Wilkey in Season 2.

“After a lot of careful thought and deliberation I have decided not to return to RHOBH as a full-time cast member this season,” Brandi said in a text-graphic statement on Facebook. “The past 4 years have been amazing, a complete roller coaster of a ride. I will always be thankful to Bravo and for the opportunities that have come along with doing this pop culture phenomenon of a show.”

But don’t worry, one of the network’s hardest-working Bravontrepreneurs has a lot of business irons in the fire to keep her busy! “In the meantime, I’m working hard on my podcast, my new wine business and my clothing line,” Brandi says, before hinting at a new mystery venture that sounds like some sort of spin-off reality series. “And keep an eye out for my next adventure that will show everyone a more well-rounded side of who I really am,” she writes.

Brandi later assured fans on Twitter that she is and always will be a member of the Bravo family:

I know that Brandi has a lot of haters out there, but as a pop culture blogger I have nothing but affection for her–she makes my job SOOOO much easier by being an entertaining headline-generating factory. Plus, I’m a dude and Brandi is not only easy on the SMDH part of the brain, she’s also quite easy on the eyes. That being said, I’m sure she will continue to say and do all the jaw-droppingly entertaining (and often seemingly terrible) things that have made her infamous, and I will continue to watch, and smile, and type.

Thanks Brandi. The Real Housewives of Beverly Hills will not be nearly as fun without you.

For a trip down memory lane, be sure to check out two of our earliest posts about Brandi (she has 14 pages’ worth of articles on our site!), including our extensive background profile prior to her first appearance on the show, and another post featuring some of her early modeling photos!