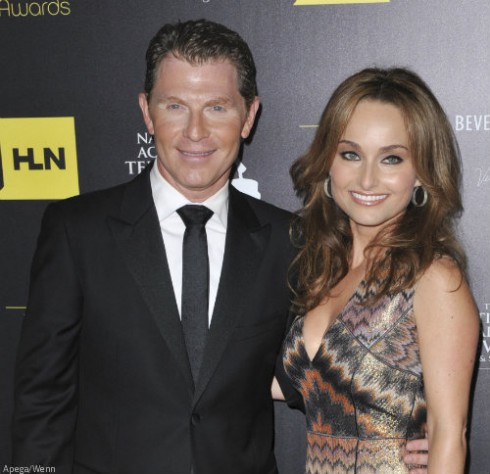 Food Network stars Bobby Flay and Giada De Laurentiis filed for divorce from their spouses within months of each other. Now, some are suggesting the timing isn’t a coincidence.

Giada announced her split from Todd Thompson, her husband of more than 20 years, last December. Almost immediately, rumors about a romance between Giada and Bobby began — and were fueled by years of on-screen chemistry between the chefs. In December, the potential pair was spotting at a “spirited” dinner together. An eyewitness told People, “Neither seemed to have a care in the world.” Giada quickly fired back at the suggestion by telling Page Six it was just a meeting between long-time friends.

When Bobby announced his separation from actress Stephanie March after 10 years of marriage in April, the rumors of a romance with Giada started anew.

“She’s disgusting and ruined the live 2013 Thanksgiving episode on Food Network by being drunk and openly flirting with Bobby, and, as a result, there was no live 2014 Thanksgiving,” one commented on a Celeb Dirty Laundry story about Bobby’s split. “It’s no coincidence that they both filed for divorce within months of each other.”

Another responded, “I watched the Thanksgiving show. It made me uncomfortable and embarrassed when I saw Giada act out of sorts.” 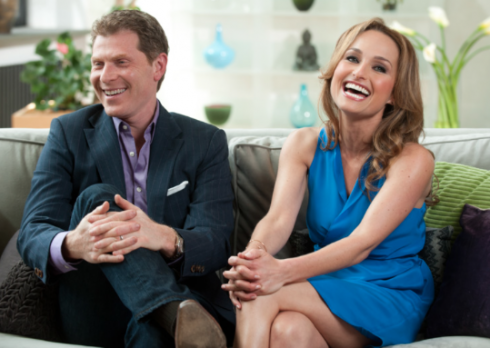 This month, Giada and Bobby were seen having another meal together — and it didn’t seem to be “a meeting between long-time friends.”

“They were holding hands under their table and looked very cozy,” an onlooker told Radar Online. “They even carved their initials in a secret place on the wall.” (That part seems a bit ridiculous.)

Another insider close to Giada said she and Bobby even find ways to stay in touch when they are apart, saying, “They’re phoning and texting each other all the time!”