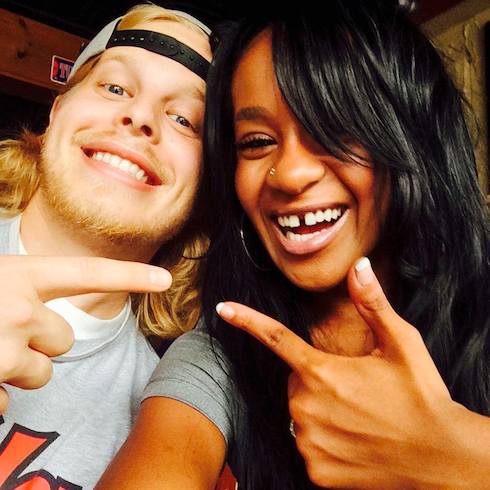 Though no charges have yet been filed against Nick Gordon or anyone else, speculation is rampant that the Bobbi Kristina murder investigation has either begun or is about to commence. That speculation is based upon a wealth of implication, none of which has led to formal criminal charges, but all of which has cast something of a pall upon Gordon and his legal team’s efforts.

Nick Gordon assembled his legal team this summer, not because of any Bobbi Kristina murder investigation, but because of the $10 million civil lawsuit that Bobbi Kristina’s estate filed against him. The lawsuit claims that Gordon committed years of emotional and physical abuse against Bobbi Kristina–and, furthermore, accuses Gordon of giving Bobbi Kristina a “toxic cocktail” which caused her to pass out in her bathtub and put her in a six-month coma.

The chances of a Bobbi Kristina murder investigation improved last week, after Gordon’s lawyers filed papers requesting that the civil suit against him be dismissed. In those papers, Gordon acknowledged two pieces of information which have led to extra interest from criminal investigators–and heightened speculation about what took place the night before Bobbi Kristina was discovered in her bathtub. For one thing, Gordon acknowledged that he and Bobbi Kristina had had a fight that night, and that he stopped to check surveillance footage from around (and possibly in) the house both before and after the fight.

For another, Gordon admitted that he stopped to change clothes after the fight. That admission came as a surprise to at least one expert homicide detective, who called the admission “very strange” and wondered whether Gordon was changing clothes to get rid of any blood he might have caught after Bobbi Kristina lost one of her teeth, mysteriously, on her final night of cognizance.

Furthermore, Bobbi Kristina’s friend Mason Whitaker–pictured with Bobbi Kristina in the photo above–has become more and more vocal in his support for, if not a Bobbi Kristina murder investigation, at least a search for the truth. In one of Whitaker’s most recent Facebook posts, he pledged to help authorities get to the bottom of matters:

I’m not going to stop talking about Max or Danyela!! If you knew real facts about the case, you would know that Max and Danyela convinced Krissi to start shooting up…  And Max and Danyela gave her bad heroine to shoot after nick beat her up. And that Max, Nick, and Danyela all tried to cover up the scene and make it look like an accident and didn’t call the police until about 20 minutes after she was dead. These are all facts and I’m not going to stop voicing any of that until there is justice for my sister and all 3 of them go down for this which they will[…]

There is not yet a trial date in the matter of the $10 million civil suit against Nick Gordon.