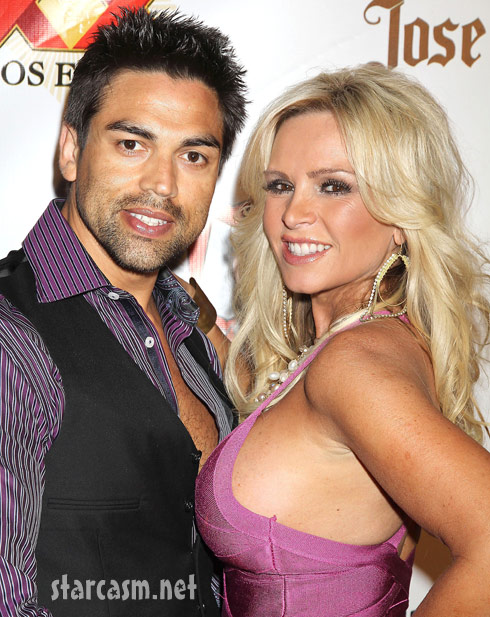 Tamra Barney has bounced back strong from her 2010 divorce from Simon Barney and is apparently ready to walk down the aisle again, this time with boyfriend Eddie Judge.

People is quoting a source stating that OC Housewife Tamra, 43, and her boyfriend of 2 years Eddie Judge, 38, are:

“..so excited right now and can’t wait to be married.”

People is a very solid and dependable source but I checked out Tamra’s twitter just in case and a couple of her recent tweets has me convinced that she is indeed going to be Mrs. Tamra Barney Judge. A fan cited the People article about the engagement and then asked about how on the show she recently said she couldn’t move in with Eddie. Tamra reminded her fan that the scene in question was filmed 8 months ago.

She then informed her, “FYI I don’t move in with a man without a commitment.”

If the report is accurate, we wish the best for Tamra and Eddie.