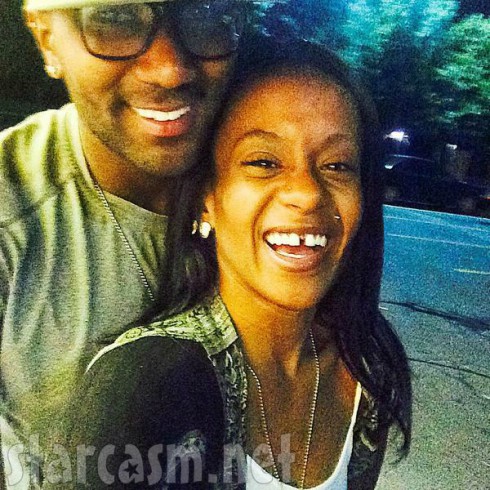 A new eyewitness to the ongoing Bobbi Kristina saga has come forward–and this time, the information she’s shared raises questions about the timeline of the whole event.

Debra Reis Brooks, a friend of BK’s and her neighbor in their Roswell GA townhouse complex, claims she saw Bobbi let one of Nick Gordon’s friends into her house just hours before her fateful bathtub accident.

According to Brooks, Bobbi and Nick had had a huge argument on January 30th–the night before the accident. Gordon and friend Max Lomas were away, and Bobbi let an unidentified man into her home late on the afternoon of the 31st.

Though Brooks couldn’t identify him conclusively, the description she gives matches that of one Duane Tyrone Hall. Hall is an associate of Gordon’s, and is in a selfie Bobbi Kristina took just six hours before she was discovered unresponsive in her bathtub.

Brooks said that “[on the 31st, when] Nick and Max left and went out–that’s supposedly when this other guy came over to Krissi’s. There was some discussion of some guy who came over and [he and Bobbi Kristina] fooled around—that’s what Nick said.”

Brooks also described the chaos of the scene as the ambulance arrived:

Nick was so out of control and the police came up to me and said, ‘Would you take him in?’ because they wanted to bring [Bobbi Kristina] out in a stretcher and didn’t want him to see her….Max was very scared and he kept saying, ‘I can’t get arrested.’ He was very worried….Max and [Nick] then [went] in the corner to talk, police would talk to them, then they’d go to the corner.

Gordon has been a person of interest in the Roswell PD’s ongoing criminal investigation–but no new clues have been unearthed in months. In fact, most of the drama has shifted to Bobbi Kristina’s “dire” prognosis, and away from the possibility of foul play.