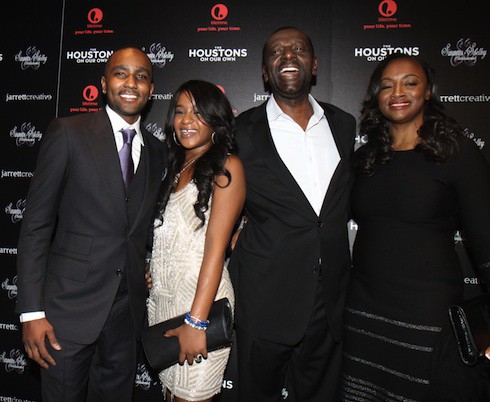 Bobbi Kristina, whose ongoing medical drama has brought her near death at least once since she was found unresponsive in her bathtub on January 31st, has been moved out of her Emory University hospital room in Atlanta.

The Washington Post reports that Kristina has been moved from the hospital to a nearby and undisclosed rehabilitation center. The media circus following her family’s activities has been well-documented; for now, though, the whereabouts of BK are a mystery.

Nor is it known exactly what she has gone into rehabilitation for. According to several reports, her overall condition is unchanged: she hasn’t improved since doctors attempted to remove her from life support. Whether she is awake, or still asleep, is anyone’s guess.

BK’s boyfriend and rumored husband Nick Gordon is still being considered a suspect in Kristina’s case. Gordon filmed an emotional and “bizarre” interview with Dr. Phil two weeks ago–before going into treatment himself. His precise whereabouts are unknown, and he has not been formally charged with any wrongdoing.