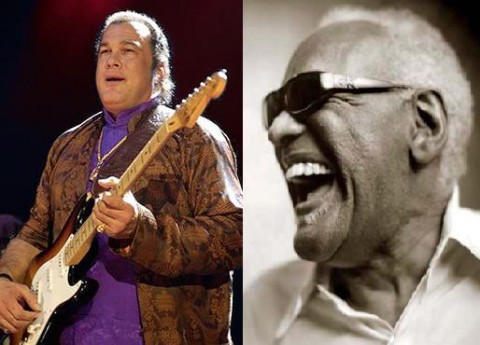 I don’t think Ray is laughing about this one.  In a really bizarre turn in the already bizarre Steven Seagal sex scandal story we now have a Ray Charles connection, which is way different than the rainbow connection.

According to papers acquired by TMZ  one of the two new women that have provided sworn declarations to back Kayden Nguyen’s claims is none other than the granddaughter of the legendary Charles one Blair Robinson.  Hey what’d I say?

On what special occasion did Blair Robinson meet Mr. Seagal?  Ray Charles’ funeral of course.  She claims she was invited back to Seagal’s house after the ceremony along with her father Ray Charles Jr. to discuss a possible job opportunity with that damn cook Casey Ryback ( Under Siege drop – sorry)!  I know Seagal can work a man over with his pinkie but I know a blind man that would have straight kicked his a**. 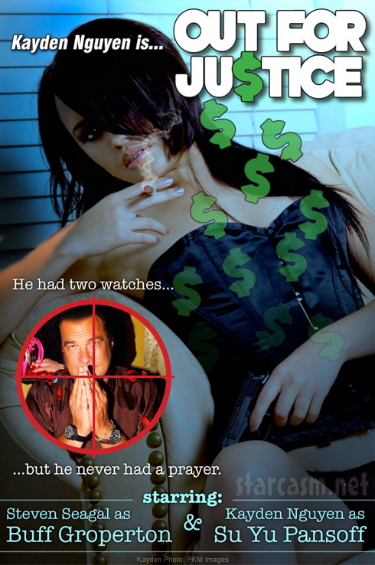 Blair claims she took a job as Seagal’s assistant shortly after the meeting, but on day 1 (Seagal moves right in apparently), she claims Seagal came to her room and told her she was required to give him massages.  She also claims Seagal tried teaching her the “proper method” by massaging her.  Blair quit after the first day.

“It became clear to me that he wanted and expected sexual favors as part of my job duties.”

Seagal’s shark in a suit, Mr. Marty Singer, fired back by stating that:

“The declarations were clearly prepared by Nguyen’s lawyer to be leaked to the media to help bolster his client’s meritless claims.”

If these accusations hold up in a court of law and it is determined that Seagal lured Ray Charles’ granddaughter into his web the day of Ray’s funeral then ol’ Steven better find himself in the witness protection program.  America the Beautiful will not stand for it.