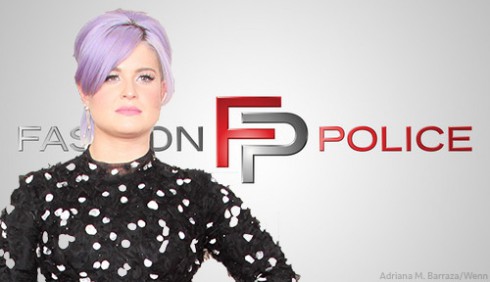 Kelly Osbourne quit Fashion Police after butting heads with co-host Giuliana Rancic earlier in the week for the latter’s comments on Zendaya’s dreadlocks.

“Kelly Osbourne is departing E!s Fashion Police to pursue other opportunities,” a spokesperson for the network said on Friday. “We would like to thank her for her many contributions to the series over the past five years, during which time the show became a hit with viewers.”

On the post-Oscars show, Giuliana quipped that 18-year-old Zendaya’s hair style gave her the impression the young woman smelled of “patchouli oil” or “weed.” Kelly, who is friends with Zendaya, quickly made it known she did not approve of Giuliana’s comment.

Im giving everyone involved 24 hours to make it right or the world will hear how I really feel. contactually Im not allowed to speak!

I DID NOT MAKE THE WEED COMENT. I DO NOT CONDONE RACISM SO AS A RSULT OF THIS IM SEREIOULSY QUESTIONONIG STAYING ON THE SHOW!

After Kelly’s tweets, Giuliana issued a stronger apology to Zendaya on the show, which the Disney star graciously accepted. It now seems Kelly wasn’t quite as satisfied… Although she hasn’t commented about her departure or confirmed it was because of the drama.

The spokesperson for E! confirmed Fashion Police will return on Friday, March 31. No decisions on a replacement for Kelly have been made.