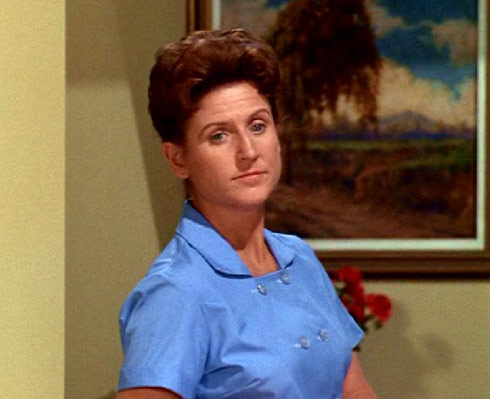 Actress Ann. B. Davis, adored by a legion of fans for her iconic role as housekeeper Alice from The Brady Bunch, passed away at the age of 88 yesterday.

Bishop William Frey, a dear friend of Davis, said that she died at a hospital in San Antonio, Texas where she was being treated after hitting her head during a fall. Davis suffered a subdural hematoma and never regained consciousness.

Florence Henderson, who portrayed mom Carol Brady on the show, had the following to say via Facebook upon hearing the news:

“I am so shocked and sad to learn that my dear friend and colleague, Ann B Davis, died today. I spoke with her a couple of months ago and she was doing great!”

During a 2004 interview with the Archive of American Television Davis said of her unforgettable character:

“I made up a background story. I did have a twin sister, so I used that as a basis. … I cared very much about this family. It was my family. It was as close to my family as Alice would ever get. I would have died for any single one of them at any point. You know, they wrote me such gorgeous things to do, as the intermediary between the kids and the adults, and between the boys and the girls. And they gave me funny things to do.”

Before the role that defined her career, Ann won two Emmy awards for her work on The Bob Cummings Show.

Davis mostly retired from public life in the late 70s to settle down in an Episcopal community. She was greatly involved in the church. Ann was never married and had no children.

Fans often told Davis when meeting her that they felt as if they were raised by her, or at least the character she played. According to Frey, she was very much like her role that will live on past all of our days.