Bijou Phillips recently issued this statement in response to her sister Mackenzie Phillips’ announcement on Oprah that their father John Phillips of the Mamas and the Papas had a sexual relationship with Mackenzie for a period of ten years:

When I was 13, Mackenzie told me that she had a consensual sexual relationship with our father. This news was confusing and scary, as I lived alone with my father since I was 3, I didn’t know what to believe and it didn’t help that shortly there after Mackenzie told me it didn’t happen. Mackenzie’s history with our father is hers, but also clouded with 30 years of drug abuse. I hope she can come to terms with this and find peace.

The life I had with my father was very different. He was Mr. mom, encouraging and loving. The man that raised me would never be capable of doing such things, and if he was, it is heartbreaking to me to think that my family would leave me alone with him. I understand Mackenzie’s need to come clean with a history she feels will help others, but its devastating to have the world watch as we try and mend broken fences, especially when the man in question isn’t here to defend himself.

But, in an article in Interview Magagazine, it is revealed Bijou wrote a song about her relationship with her father that seemed to suggest he was anything but “Mr. mom, encouraging and loving:”

BRUCE: Tell me about the new song you wrote — the one you were singing in the car on the way back from lunch.
BIJOU: The one about my dad? It sort of speaks for itself. I’ve made this decision not to talk to the press about anything that’s gone on in my life, but just to write music about it. They can interpret it themselves.
BRUCE: There seemed to be some improprieties going on. You’re talking about stuff in your music that’s pretty heavy. Has anyone articulated it for you in the press?
BIJOU: No one has the balls to do it.
BRUCE: I’ll do it.
BIJOU: [laughs] It’s blatantly obvious.
BRUCE: The refrain in your new song is: “He touched me wrong.” How much more blatant can you get?
BIJOU: I really want his balls busted, but I also want to be able to say, “It’s just a song.”
BRUCE: It’s not just a song.
BIJOU: It’s just a song.

It appears that Mackenzie’s admission is just the first thread to be pulled and now a huge unpleasant mess is starting to unravel before our eyes. As you watch the familial cloth disintegrate you can entertain yourself checking out these photos of Bijou Phillips. (And there’s more on PAGE TWO!) 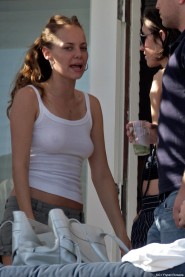 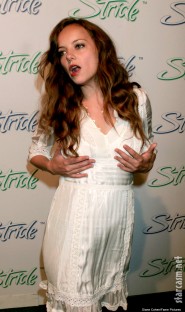 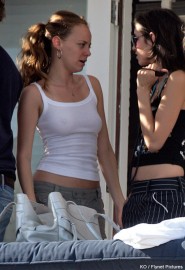 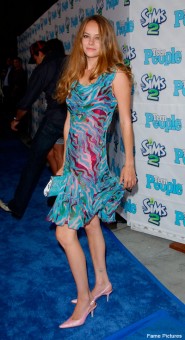 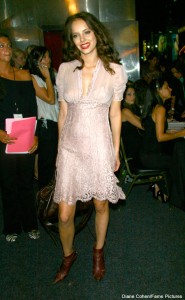 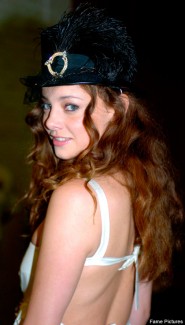 VIDEO PHOTOS – Before and after Mackenzie Phillips’ $50,000 new face makeover