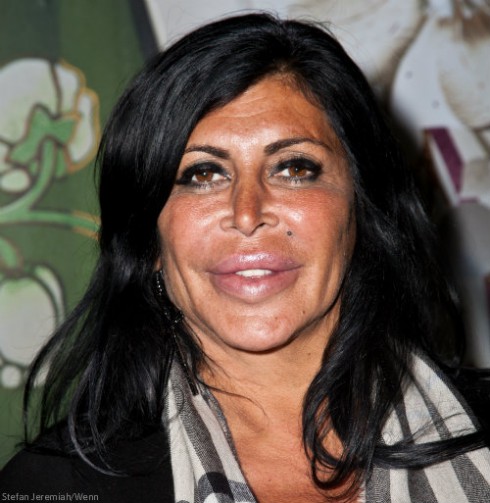 Mob Wives‘ Big Ang is keeping a positive attitude, despite the news that the “lemon-sized tumor” in her throat is cancerous.

“I do want to say that you have all been on my mind every step of the way and I am so thankful to each and every one of you for the love, support, prayers and most of all positive wishes,” she said on Facebook last night. “Big Ang isn’t going anywhere!”

Ang’s sister, Janine Detore, told TMZ doctors determined the tumor cancerous after running more tests and blood work. They will be able to get a better grasp on the situation when performing surgery to remove the growth next week. Unfortunately, it sounds like the tumor already began to take it’s toll on Ang by causing her voice to “deteriorate.”

Janice said doctors believe Ang’s long history of smoking caused the throat tumor. They have ordered the reality star to quit cigarettes right away, but based on her past comments that may prove difficult.

“I don’t want to smoke, but I just can’t help it,” she told NJ.com in 2013, citing the cost of cigarettes as her biggest gripe. “Now, they give you this medicine and I don’t like to take medicine. They want to give you this stuff — they say it gives you these crazy nightmares, I don’t need that. I’ll just smoke.”

“I had a nerve wracking couple of days, as would anyone when you hear testing etc… However, I am home peaceful and relaxing,” she said. “I already have some BIG things in the world and will be returning to your TVs very soon. Always look after yourselves and don’t neglect your health. I’m fortunate and blessed to have discovered something very early, and handle it in a positive manner.”

She promised to provide updates in the coming weeks. Again, we wish her a quick and easy recovery.