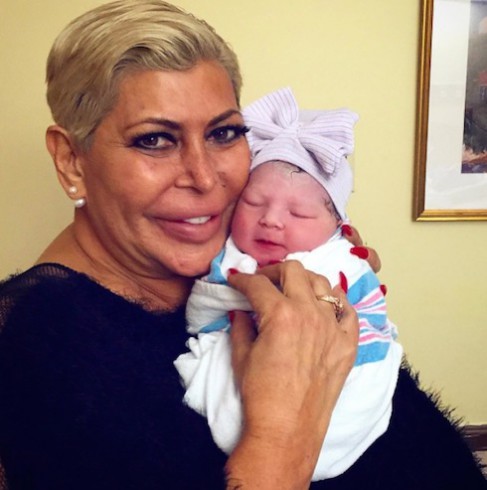 Mob Wives’ Big Ang lost her battle with cancer this morning. The Big Ang death was announced by the reality TV star’s family following Big Ang’s passing at 3:01 AM. Official Big Ang death notice came after a series of seemingly official announcements last night made it difficult to determine whether Big Ang had passed or was still alive. Reports stated that she had passed, but were debunked by a rep for Big Ang who tweeted out that the 55-year-old was still alive and surrounded by family in her hospital bed.

This is @vinniemedugno on behalf of the family of Angela Raiola, please see below: pic.twitter.com/wiuPApr9Lw

Angela Raiola’s cancer returned last December, following two successful surgeries earlier in 2015. Two weeks ago, Big Ang’s family announced that the extremely aggressive cancer had advanced to stage four and spread to her brain and lungs. During an interview with Dr. Oz that aired this past Tuesday, Big Ang herself further announced that the immunotherapy treatment she began after chemotherapy failed had a 30 percent success rate, and that she would keep fighting regardless.

The official Big Ang death announcement was shared on her Instagram account, as well, accompanied by a wonderful photo:

It is with sad regret that we inform you that at 3:01AM Angela Raiola peacefully ended her battle with cancer, and was called home. She was surrounded by nothing but love from her immediate family, and closest friends. YOU, (Her fans) were some of the most special people in her world, and she loved you immensely. Thank you for your love, prayers, and unconditional support of Angela right to the very end. She truly went out richer than any monetary value could ever amount to. The family asks for privacy, and peace during this most difficult time. In typical Big Ang fashion, we know she would say “Love you my babies!” This page will remain open as a celebration of who she was and will always be. It has been my esteemed privilege, and honor to represent her in the highest regard via social media. -Vinnie Medugno (@vinniemedugno) A photo posted by biggangvh1 (@biggangvh1) on Feb 18, 2016 at 1:37am PST

Big Ang’s family includes two children and six grandchildren. Our condolences to them, and to all her extended and Mob Wives family members.

RHOA Gregg Leakes praises wife NeNe after she calls him “mean, grouchy and evil” on Twitter