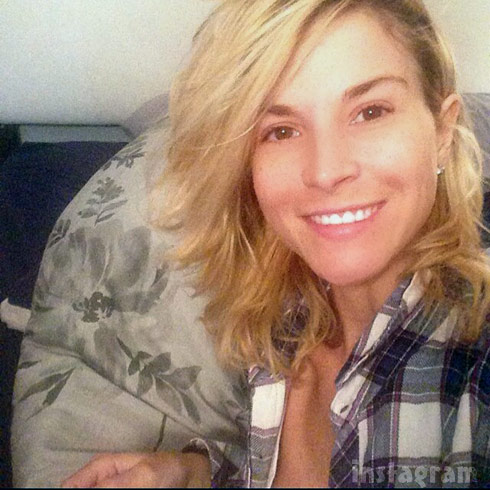 The Challenge star Diem Brown recently updated fans on her third battle with cancer, and although the news is bad, Diem continues to remain positive as she asks her fans for help.

“I need prayers and advice,” she tweeted on Tuesday, before adding, “my doctors are seemingly giving up but I won’t & can’t rollover. Whatever option I have to LIVE I’m grabbing!” She later iterated her positive message, and added the Twitter handle for her friend, E! News correspondent Alicia Quarles, as a contact person:

Need prayers, advice, support & outreach. No is not an option. Contact @alicialquarles We know there is hope & help pic.twitter.com/08yS0iIOZq

Also on Tuesday, Alicia posted this next photo on instagram and wrote, “I’m with @diembrown right now. We both believe in the power of prayer. She’s asked that I ask all of you to pray for her. God is good. Diem would like a huge prayer circle. I reassured her she has one. Diem smiled and told me, a little reminder never hurts 🙂 ”

Alicia followed that up with a photo of Diem’s friends and family toasting her:

Diem Brown’s cancer fight first began six years ago when she was diagnosed with ovarian cancer just prior to appearing on MTV’s The Challenge (then titled Real World/Road Rules Challenge). She went into remission, but the cancer returned in 2012.

That time around doctors were forced to remove Diem’s ovaries, but not before extracting and freezing some of her eggs for the potential of having a biological child in the future.

Diem’s cancer returned this summer, this time in her colon. “Doctors found one tumor blocking her colon completely so they had to do emergency surgery that evening to remove the blockage,” Diem’s sister Megan revealed to People at the time. “They were able to remove the mass, but once they were inside they found out there were multiple tumors.”

In August, doctors were forced to perform and emergency hysterectomy, but Diem retained hopes of eventually having a child via surrogacy.

Earlier this month it was revealed that the cancer in her colon was now also in her stomach and had spread to her liver and lymph nodes.

For a complete timeline of Diem Brown’s cancer battles, be sure to check out the timeline on People, who have partnered with Diem from the beginning to share her story.

As with her previous battles with cancer, Diem has been very open this time around as far as sharing updates, info and photos with fans. Here are a series of instagram photos posted by Diem over the last few months in chronological order, beginning with the earliest:

Proof that HOPE & FAITH work! Over 3 weeks ago on the left I was hooked up to multiple machines, 2 IV's, had 4 drains coming out of every angle of my body & received overwhelming news of my treatment plan. ## To today on the right with one of my angels @alicialquarles WHO was one of my angels that gave me hope. Her & my sister set up a #MedGift support page for me (direct link to it is on my Instagram & twitter profile) I now only have one "drain" that I will eventually get used to, with help can be upright on a walker &got interviewed by one of my very best friends for E!News for #OvarianCancer awareness month I can not thank my beautiful friends, family and even people I've never met with how much support and love y'all have given me, thank you from the bottom of my heart for given me back HOPE & FAITH! I know this will be a long road but now I'm just looking ahead to the next day instead of thinking of the full journey. Looooooove y'all, Diem

My baby @alicialquarles & #CaraDioGaurdi got me STANDING this morning for @RunForHer & NO: This ain't your grandma's walker! HUGE Thanks to @julierotondi for your creative talents LOVE my Mad Max inspired wheels (teal & spikes um hello so cool) Jules: you need to start a #etsy to glam-up medical gear for patients Y'all really Contact her and tell her so lol…. she legit got me excited to stand- even if it was just for a minute JUST so I could show the walker off 😉 #ItsTheLittleThings #OvarianCancerResearcb #FriendsAreHealers love y'all & thank y'all

My new favorite workout -How can you not glow when baby Jax comes to visit?!? – @jhealywmhm & @lbelle1 wouldn't let go of his Jax's lil legs lol – I promise I won't break "gimmie that baby" He he he #BabyJax #WorkoutInBed

@alicialquarles ur MY ANGEL!!! Love you SO much! Catch tonight's @ENews at 7pm & 11pm tonight- you are heaven sent! pic.twitter.com/2nbNa7ysdQ

So grateful for my girlfriends! Next to my family they have been my rock! Making me feel like I'm not missing out on anything by bringing the "party" to my place From FL, LA, TX, DC & of course NYC girls nights in watching #Neighbors, getting my hair braided or letting me watch them after getting "a lil tipsy" has made my mostly home bound life sooooooo much easier! LOOOOOOOVE y'all to the moon & back!

Hmmm well these #GuatemalanWorryPeople are my new best friends 🙂 So cute @coriyarckin @oli_brabs thank you guys … Ps: I could have used these last night for this #Clemson #FSU game ahhhh #WeirdGirl

#IWillWhatIWant headed into chemo with my "Armour" LOVE their new inspirational campaign message! Heck yeah #Iwill #MTV @medgift @UAwomen THANK YOU @UnderArmour for the bag full of perfectly fitted armour to take on my first chemo back

Thanks girls for holding my hand – no matter how many times you go through cancer.. The first chemo back always gives me so much anxiety & emotions… Love y'all now it's #ChemoTime #KillTheCancer @danamlevy @julierotondi

#Repost from @alicialquarles with @repostapp — Clearly we were delirious last night in the ER. @diembrown & @JulieRotondi are the best at making lemonade out of lemons. I'm pretty sure the doctors could not wait for Jules & I to leave & stop terrorizing them. ## Hey you two terrorizing them got me a corner room in the ER upgrade aka (put them FAR away as possible) lol Can't wait to come home tomorrow! That surgery was a cake walk compared to last time! ## Ps: #ElvisLip #Sugarland

Yeaaaaaa woke up pain free today!! It's crazy been praying for one day just one day to wake up feeling good & today BOOM it's here! Put on a cute flannel (thx @jamiejchung ) & going to keep ontop of meds today so I can keep this feeling as long as possible lol It's nuts when you feel like you keep getting kicked down over and over and you don't think you can take anymore — the simplest thing happens & it reenergizes you… Thank you to everyone for your prayers and love and support thank you from the bottom of my heart! Realllly needed this today and I just can't be more grateful to wake up & feel excited to feel good 🙂

I tag sister @cupeachez bc she is beautiful inside & out. She has taken on the world to help me get well, she has stepped up like no one could imagine, organized bills, created girlfriend care schedules, &makes sure I'm getting the best treatment possible to get me healthy. @shiseido #beautytag #instantkarma. It's your turn! Tag someone who you think is beautiful inside and out!

In addition to prayers and advice, you can also donate money to the MedGift page set up for Diem by friends and family, which is an amazing story in itself as Diem is the one who started MedGift to help those battling with cancer.

Tony Raines expecting a baby with Alyssa Giacone, 2 months after the birth of his 1st child with Real World co-star Madison Channing