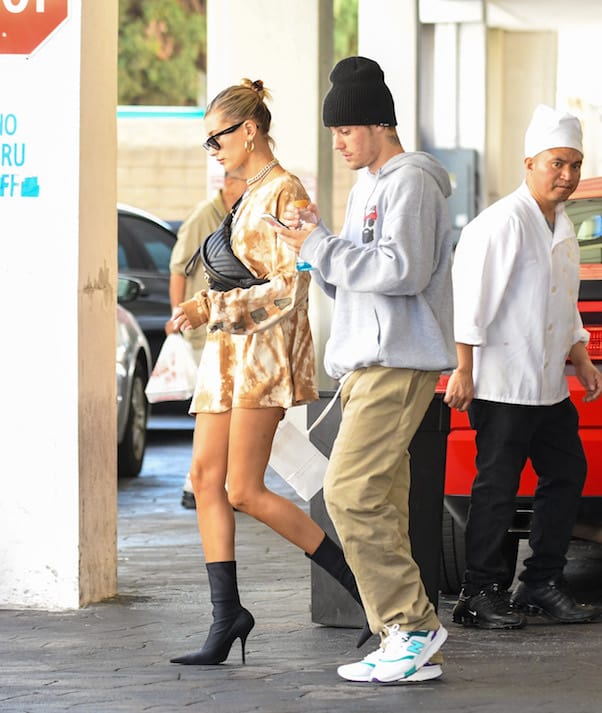 LAINEY GOSSIP – Hailey and Justin Bieber’s wedding weekend was a montage of skin treatments and water sports at a posh South Carolina resort, one that the couple booked for a week before arriving to give the staff enough time to prepare for the deluge of celebrities. And the festivities actually culminated with a Monday wedding, which is somehow becoming the norm among big names?

THE BLAST – Here’s a ton more photos of the actual venue for Beiber’s wedding weekend, plus a few of the couple (who, let’s not forget, already got married at New York City Hall a year ago). Evidently the rehearsal dinner required boat valets, and afterward the wedding party watched The Notebook outdoors next to a lake

VOX – This is really rich

THE ASHLEY’S REALITY ROUNDUP – In light of Aaron Carter’s brand-new and not-great giant face tattoo of Rihanna, here’s a list of six reality stars with face tattoos, along with why each person got theirs. (Spoiler: Aaron’s is still by far the biggest and most garish of anyone on the list)

REALITY TEA – RHOD star LeeAnne Locken is not having any of D’Andra Simmons’ confessional tea spilling, since evidently D’Andra hasn’t had the real courage to accuse LeeAnne of anything to her face

JEZEBEL – “The air is crispy. Your haggard toes are ready to return to their foot coffins for the season. Somewhere in the distance, ghosts are gathering their tattered sheets and rattling chains, preparing for another month of scaring children and regular adults shitless. Fall is here — the best season — and it is time to clean.”

THE BLEMISH – McKayla Maroney, who took a break from social media for most of 2019, is now back on social media and talking about her fairly excruciating year

LINKS Kelly says Ozzy and Sharon not split, Shahs in Belize, the Biebs fell down…