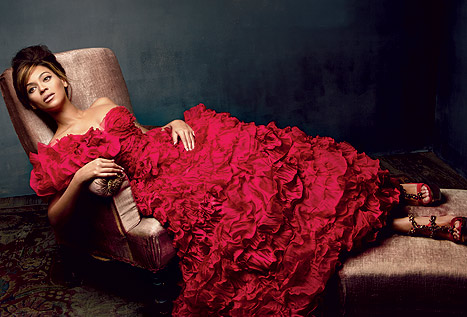 Beyonce’s covering the March 2013 Vogue cover (of course it leaked,) where she poses in Givenchy with the title “Queen B! Beyonce Rules the World.”

We’re starting to get that feeling more and more, especially after B’s Super Bowl performance. In the Vogue interview the new mom, who has an HBO documentary coming out soon, calls one-year-old daughter Blue Ivy “my road dog, my homey, my best friend.” When asked about speculation that she used a surrogate for Blue Ivy’s birth, Beyonce replied “That was very odd. Who even thinks that? Like, who would make that up… You can’t take it too seriously.”

She says her mother does take some of the online comments a little too seriously, and sometimes she has to “calm her down.”

As for B herself, it turns out she DOES read the blogs and articles, but refrains from scrolling down to the comment sections, where things can really get nasty. She laughs “Don’t scroll down! You’re definitely going to get your feelings hurt.”

Beyonce is revealing more about herself than ever to the public, starting with a personal documentary on HBO called Life is But a Dream. She’s very candid in the film about her harrowing miscarriage experience prior to having Blue Ivy. 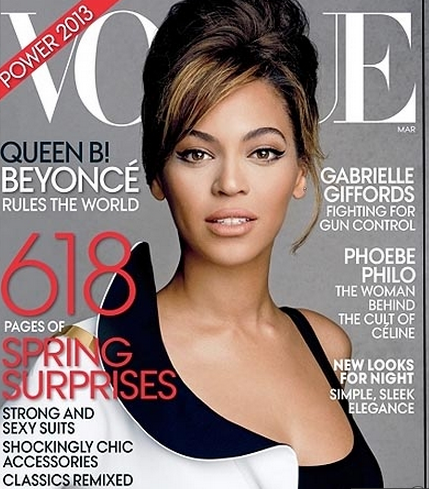