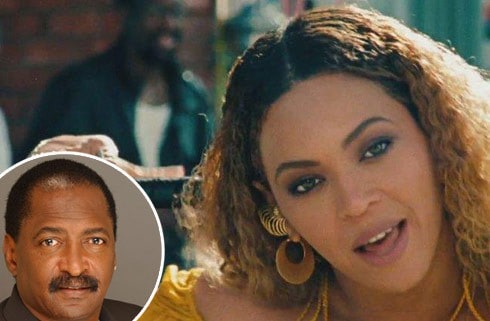 You can now add Beyonce’s dad, Mathew Knowles, to the list of people weighing in on the pop superstar’s visual album Lemonade.

During a radio interview this week, Mathew addressed the following lines from poet Warsan Shire that his famous daughter recites before the song “Daddy Issues.”

“Did he convince you that he was God? … Are you a slave to the back of his hand? Am I talking about your husband or your father?”

Mathew said, “I can say I have never in my life hit my daughter. So she has never been a slave to the back of my hand because I didn’t believe in that.”

When he was asked about who he thought the bigger narrative in Lemonade, of a woman coming to terms with an unfaithful man, was about, he knew better than to go there.

“There’s no way we can get into the mind of Beyoncé. Only Beyoncé can answer specifically who she was talking to. … I would rather not get into speculation. My answer is I don’t know,” he said.

Beyoncé: Gender equality is a myth