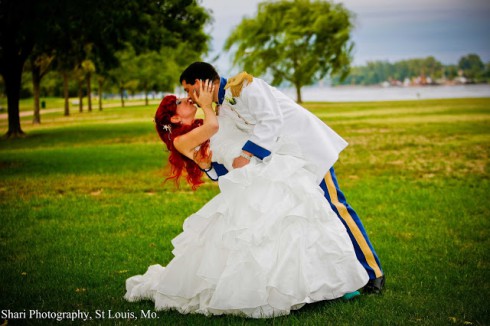 Jamie and Christopher Chandler aren’t the first to dream of a Disney-themed wedding. (The famous studio even has a whole event marketing group devoted to weddings.) But, very few couples take it as far as the Chandlers did during their picture-perfect, Disney nuptials in 2011.

“We both share a mutual love for the lightheartedness that Disney embodies,” Jamie told Today.com. “Disney was a large part of both of our lives while growing up, and it is something that we both associate with family.”

Disney has also been a part of Jamie and Christopher’s relationship since the beginning: Christopher proposed to her at Magic Kingdom by presenting a glass slipper with a ring inside. Although they would have loved to tie the knot at Disney World, it was beyond their budget.

“We decided that if we could not go to Disney, then we would bring a little bit of Disney to us,” said Jamie. “We wanted our guests to feel what it was like to be a kid again.” 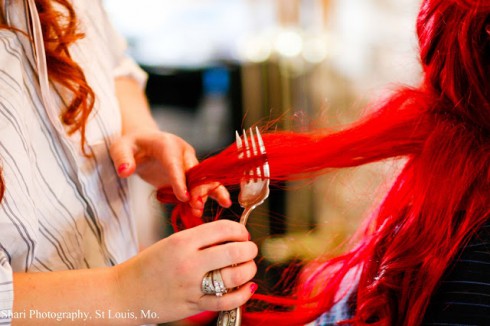 The bride’s father dressed as King Triton to walk her down the aisle to “Under the Sea.” 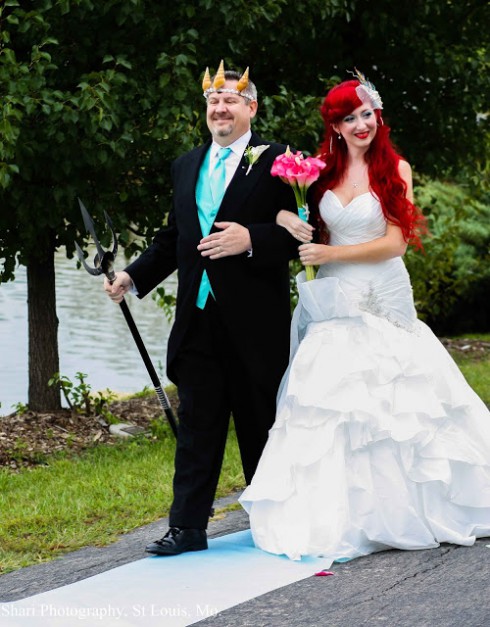 The bridal party also got in on the action. Each bridesmaid and groomsmen dressed as a specific character from classic Disney movies. (Quiz time: Can you identify who each girl is dressed as?) 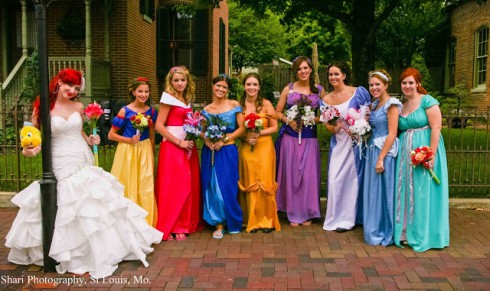 “We asked each bridesmaid who their favorite Disney heroine was and tried to take that into account when deciding who would dress as who,” Jamie explained. Her maid of honor then designed the dresses.

Costumes for the groomsmen involved a few Disney villains. Looks like there was only room for one Prince Charming! 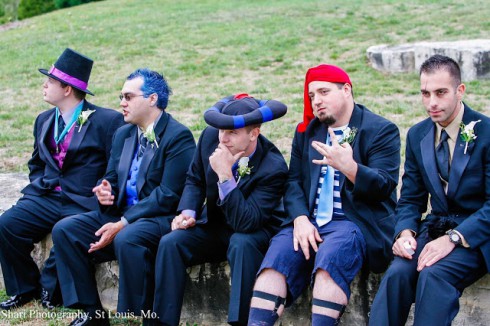 As a whole, the group looked like a picture of a Disney World cast. Jamie said the characters were further accentuated by the fact that each bridesmaid and groomsman really got into the roles. 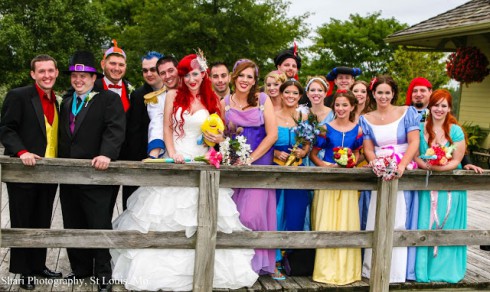 After a ceremony officiated by a mouse-eared minister, the guests found seats for the reception at movie-themed tables and indulged in a Mickey and Minnie cake. 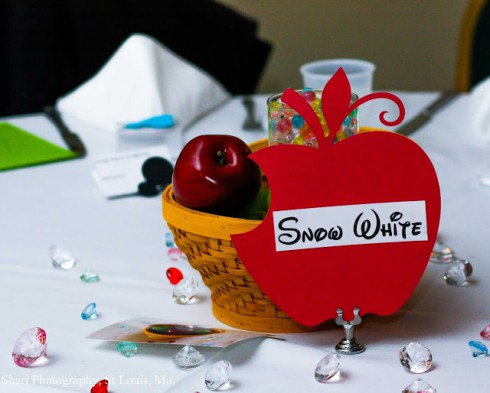 Jamie said the wedding went as perfectly as she could imagine. Next, the couple took off on a honeymoon to — where else? — Disney World.

Check out the full gallery of picture on Shari Photography

Beefcake for breakfast: Brad Pitt says ‘time is nigh’ for wedding