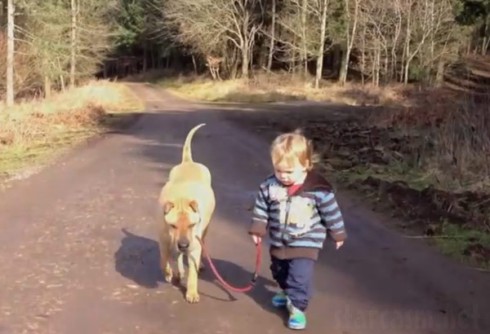 In case you needed a reminder of how loyal dogs can be and how cute a kid with a sense of wonder can be, check out this viral video of a little boy walking his dog when he passes a small mud puddle and is overcome by its allure. Joy, loyalty, and immeasurable awesomeness ensue.

The little boy’s name is Arthur and according to Julian Burrett, who uploaded the clip on March 5, 2012, the dog is a 12-year-old Shar Pei named Watson.

Let’s just hope Arthur is just as patient when Watson needs to “make a mud puddle,” if you know what I mean 🙂

Oh, and in case you were wondering, the song used in the video is “You’re My Best Friend” by Queen.